TurkishPress
Home News Oil prices down over rise in US stocks 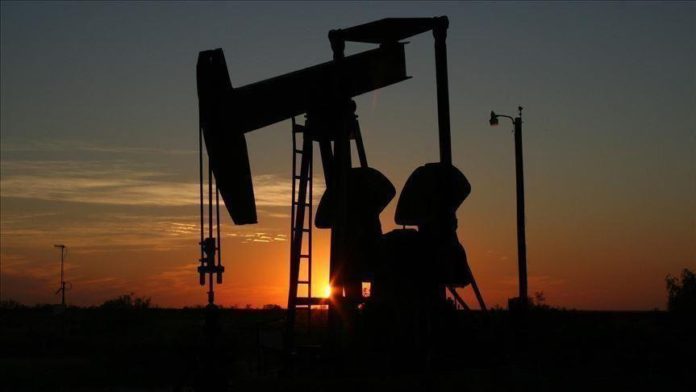 Oil prices were down on Wednesday with an estimated rise in US crude stocks, however, mounting optimism that a COVID-19 vaccine will lead to a swift recovery in global energy demand next year capped further declines.

American benchmark West Texas Intermediate was at $45.41 per barrel at the same time for a 0.42% decrease after it ended the previous session at $45.60 a barrel.

Late Tuesday, the American Petroleum Institute (API) announced its estimate of a rise of 1.4 million barrels in US crude oil inventories relative to the market expectation of a 1.5 million-barrel fall.

If crude stocks increase in line with the API’s expectations, it signals that crude demand is falling in the US, the world’s largest oil consumer, which negatively affects oil prices.

However, optimism over vaccine breakthroughs and its trajectory over the next few months supported prices and capped further decline.

The UK on Tuesday started a mass vaccination program, a move that could help pave the way to normalization after almost a year of disruption caused by the coronavirus pandemic.

Margaret Keenan, a 90-year-old woman, was the first person to receive the jab at the University Hospital in Coventry.

According to data from Johns Hopkins University on Wednesday, the number of cases worldwide has now reached over 68.2 million.

The US, the world’s largest oil-consuming country, still tops the number of cases above 15.1 million, while cases in India now total over 9.7 million, and Brazil follows with over 6.6 million cases.

Turkish stocks down at closing session