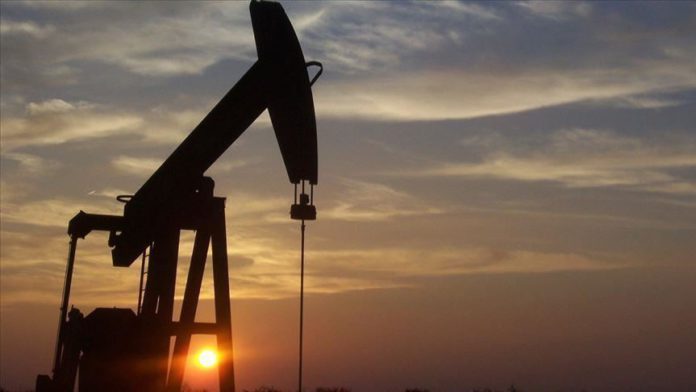 Crude oil prices were down on Thursday with escalating tensions between the US and China — the world’s two biggest economies and oil consumers.

American benchmark West Texas Intermediate (WTI) was at $31.96 a barrel at the same time for a 2.59% loss after ending the previous day at $32.81 per barrel.

The US House of Representatives passed legislation on Wednesday titled; the Uyghur Human Rights Policy Act of 2020, which calls for sanctions against officials in China responsible for human rights abuses in the country’s western region of Xinjiang. The legislation is now heading to the White House for President Donald Trump’s signature or veto.

Relations between the two superpowers have recently worsened over the novel coronavirus, which has killed more than 100,000 people and infected nearly 1.7 million others in the US.

Washington blames Beijing for the pandemic, saying it could have been stopped at the source, and accuses it of hiding information related to the virus from the world.

Due to COVID-19, global oil consumption has been weak for months and has created downward pressure on prices. The tension between the US and China has only compounded this trend and continues to weaken global oil demand.

On the supply side, American Petroleum Institute estimates a large crude oil inventory build of 8.7 million barrels for the week ending May 22.

The Energy Information Administration will release the official data on the change of weekly crude oil inventories and output late Thursday, one day later than the weekly normal release due to observance of Memorial Day in the US on Monday.