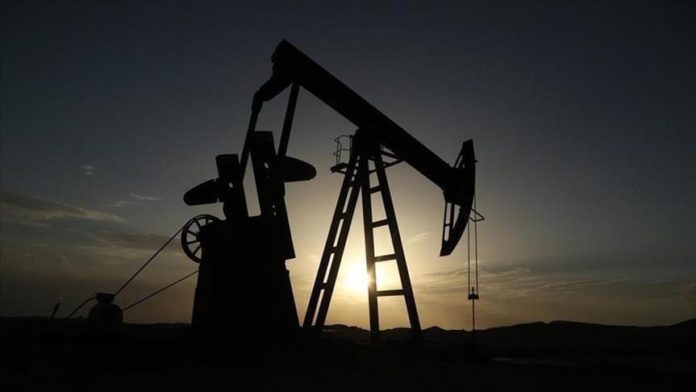 Oil prices fell on Tuesday after an OPEC meeting to decide on production policy failed to reach a consensus and was delayed amid concerns about oversupply and weak demand.

American benchmark West Texas Intermediate was at $44.98 per barrel at the same time for a 0.79% fall after it ended the previous session at $45.34 a barrel.

Oil prices have gained more than 27% in November with rising hopes for a quicker economic and oil demand recovery instilled by the successful coronavirus vaccines. Investors were also waiting for the outcome of the OPEC+ meetings expecting for at least three-month extension of the current production cuts of 7.7 million barrels per day (bpd).

Convened on Monday, the 180th ordinary meeting by OPEC countries failed to reach a consensus and the group agreed to meet again one day later.

Production cuts are supposed to be lowered by around 2 million bpd to 5.8 million bpd as of Jan. 1, 2021 in line with an agreement in April. But experts say OPEC+ meeting on Tuesday was postponed due to some dissenting voices from OPEC ranks. These countries, including the ones with strained economies, are in favor of a higher production level.

Speaking at the opening session of the 180th ordinary meeting by OPEC on Monday, Algerian Energy Minister Abdelmadjid Attar recalled positive COVID-19 vaccine developments and said the effects of the vaccines will likely begin to be significantly apparent in the second half of 2021 as the global deployment of vaccines will take time.