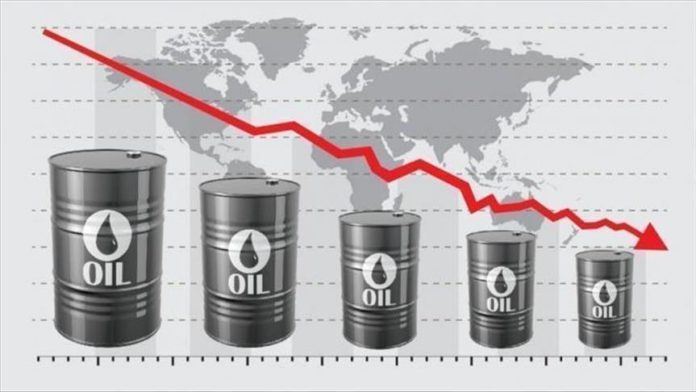 Oil prices decreased on Monday, as concerns over the slowing global economic recovery offset tightening supply after OPEC+ countries failed to agree on their production quotas from August onward.

American benchmark West Texas Intermediate (WTI) was at $74.20 per barrel at the same time for a 0.48% decrease after it ended the previous session at $74.56 a barrel.

Finance ministers of the world’s 20 largest economies warned on Saturday that an upsurge in new coronavirus variants and poor access to vaccines in developing countries are threatening the global economic recovery.

A final communique said the global economic outlook had improved since G20 talks in April, thanks to the rollout of vaccines and economic support packages, but acknowledged its fragility in the face of COVID-19 variants.

The rapid spread of the COVID-19 Delta variant and the re-emergence of strict measures in some regions raised concerns about economic activity while also fueling fears on the demand side.

On the supply side, the uncertainties continue as OPEC and its allies, the group dubbed OPEC+, failed to agree on an extension on its output policy or the quantity of its crude production cuts.

The dispute among OPEC+ members occurred after the UAE objected to the group’s plans to boost output by 400,000 barrels per day (bpd) from August to December. The group also wants to prolong the term of its production cut agreement, which was inked in October 2018, from April to December 2022.