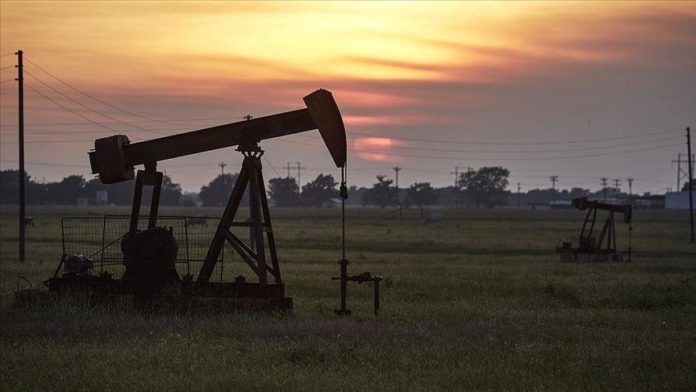 Oil prices slipped on Wednesday over demand concerns, as data from China showed a 3% drop in crude imports in the country in the first half of the year.

American benchmark West Texas Intermediate (WTI) was trading at $75.18 a barrel at the same time with a 0.09% decrease after ending the previous session at $75.25 per barrel.

China’s crude imports fell 3% year on year from January to June, showing the first dip since 2013.

However, the International Energy Agency (IEA) said in its monthly oil report on Tuesday that global oil demand is forecast to increase 3.1% next year to an average of 99.5 million barrels per day (bpd) on the back of more economic activity and expectations that the expansion of vaccination campaigns will prevent a resurgence of COVID-19 cases.

The data from the American Petroleum Institute (API) also supported the IEA’s expectations.

According to the predictions of the API, US crude oil stockpiles are estimated to drop by 4.08 million barrels, compared to the market expectation of a fall of 4.3 million barrels.

A significant drop in inventories indicates an increase in crude demand in the US, assuaging market concerns about dwindling demand.

Official oil stock data from the US Energy Information Administration (EIA) will be released later on Wednesday.