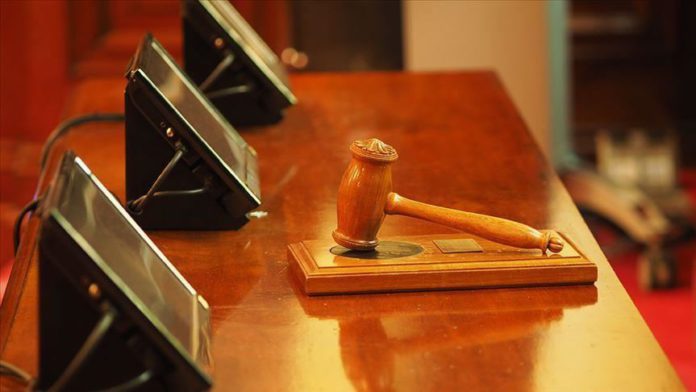 The fired Minneapolis police officer who knelt on George Floyd’s neck for minutes on end last month made his initial court appearance Monday on charges related to the death of the handcuffed black man.

Derek Chauvin appeared via video link due to the coronavirus pandemic

Judge Jeannice Reding set Chauvin’s bail at $1 million with conditions, or $1.25 million without them.

Bystander footage of the arrest appears to show Chauvin kneeling on Floyd’s neck for nearly nine minutes, ignoring Floyd’s pleas that he could not breathe before the victim lost consciousness.

He also charged the three other officers who were on the scene with aiding and abetting.

The public uproar over Floyd’s death triggered protests of police brutality and racism both throughout the US and around the world.