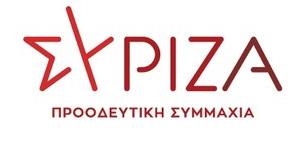 The attack did not cause any fatalities or injuries, the party said in a statement posted on social media.

“The attack took place at night, which is the favorite way of all kinds of gangs whose members hide and operate in the dark,” the statement said.

The party said far-right elements were responsible for the attack, which took place around the third anniversary of the Prespa Agreement between Greece and North Macedonia.

“We declare once again that we will not bend. The Syriza-Progressive Alliance…will continue to fight and defend popular rights and freedoms,” the statement said.

Declaring that it will not allow any other attack by the far right, the party asked the police to take the necessary actions to detect and arrest the perpetrators.

The Prespa Agreement, which was reached in 2018 between Greece and the Republic of Macedonia under the auspices of the United Nations, resolved a name dispute between the two neighboring countries.