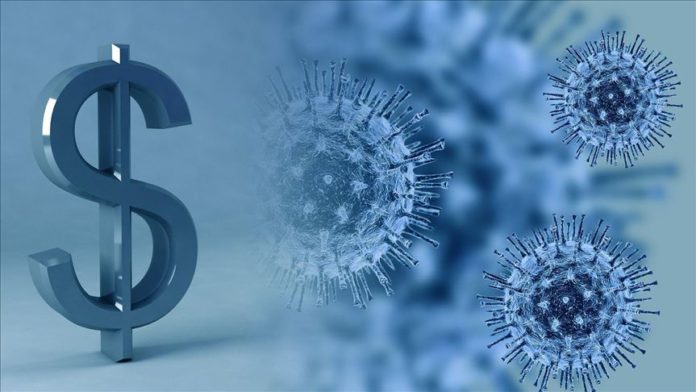 Hit hard by the coronavirus crisis, the global gross domestic product (GDP) will not catch up to its 2019 level for at least for two years, said the Organization for Economic Co-operation and Development (OECD) on Wednesday.

The OECD’s latest Economic Outlook report underlined that COVID-19 triggered the most severe recession in nearly a century and is causing enormous damage to people’s health, jobs, and well-being.

As restrictions start to be eased, there could be a second wave of infections, the report said, but with or without a second outbreak, the consequences will be severe and long-lasting.

The global economy is expected to contract by 6% in 2020 and grow by 5.4% next year, if a second wave of infections is avoided.

The report projected world economic output would plummet 7.6% this year, before climbing back 2.8% in 2021, on the assumption of a second outbreak triggering a return to lockdowns.

“In both scenarios, the recovery, after an initial, rapid resumption of activity, will take a long time to bring output back to pre-pandemic levels, and the crisis will leave long-lasting scars – a fall in living standards, high unemployment and weak investment,” it said.

All OECD countries will see a recession this year, while a large number of them are in double-digit recession.

Euro area GDP is expected to narrow by over 9% even if a second hit is avoided and by 11.5% this year if a second wave breaks out.

The UK is projected to be hit hardest, with its economy likely contracting 11.5% in an optimistic scenario and 14% in a pessimistic one.

The report foresees that China and India will be relatively less affected, with a decrease of 3.7% and 7.3% respectively in case of a double hit and 2.6% and 3.7% in case of a single one.

Turkey’s economy is expected to shrink by 4.8% this year if a second hit is avoided but by 8.1% if a second wave occurs.

Writing late last month, Berat Albayrak, Turkey’s treasury and finance minister, predicted: “In the second quarter, where we will feel the effects of the outbreak, we will progress more cautiously and we will witness a strong recovery in the following periods.”