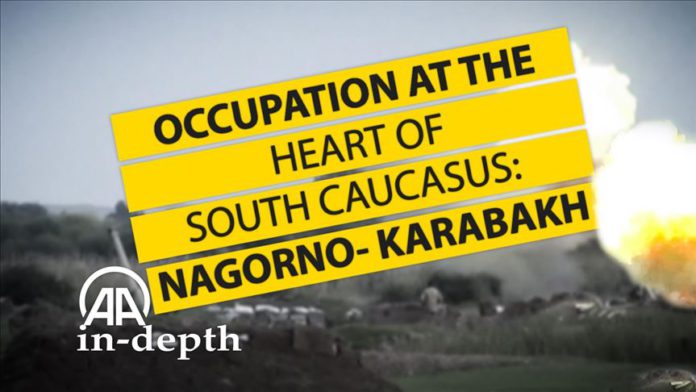 In a comprehensive analysis of the conflict between Azerbaijan and Armenia, Anadolu Agency traced how it got to its current situation.

The Upper Karabakh or Nagorno-Karabakh region in the South Caucasus has been the focus of the problem for nearly 30 years.

The region has been under Armenian occupation since 1991, meaning that 20% of Azerbaijani land remains under occupation.

While nearly 1 million ethnic Azerbaijanis have been displaced since 1991, those who remained became migrants or refugees.

Cease-fire attempts, with international institutions assuming mediator roles, have not yielded results. The two countries have engaged in armed conflicts since 1991 along border regions.

The story deals with the dynamics in the region and reveals the reasons for the conflict, with analysis by experts.