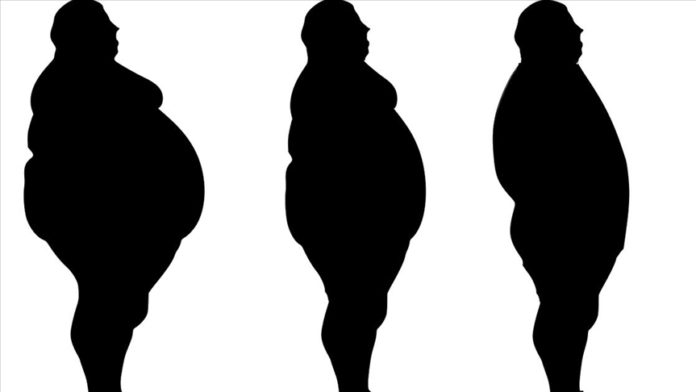 While obesity is often blamed on the consumption of too many calories, especially in Western countries, in the landlocked southern African country of Zimbabwe, the lack of access to a proper balanced diet is making the poor overweight.

Despite reeling under economic hardships for decades and over 90% population unemployed, obesity is affecting people and mostly women across the country.

Health officials on the condition of anonymity said the obesity cases have drastically increased in the country over the years. They estimate that at least 18% of the total 14.65 million population of Zimbabwe was battling obesity.

A 2015 Zimbabwe Demographic Health Survey, the last one conducted officially shows that 35% of Zimbabwean women are obese, and so are 12% of men.

The Zimbabwean officials said the latest statistics were being prepared for publication.

Bernard Madzima, a top official in Health and Child Care Ministry, said that intake of unhealthy food has increased the prevalence of obesity in the country.

Health officials attribute increased intake of sadza, made from boiled maize, rich in starch and carbohydrate as the cause for overweight population.

The diet has become the most popular meal for indigenous peoples of Zimbabwe.

“I’m worried about my weight. I do not eat much. I always have sadza which we can only afford easily for our family here,” she told Anadolu Agency.

Her mother Letiwe Nyoni, 57, and her father Petros Nyoni, 61, are also overweight and diabetic.

“Sadza is the only food we can take here because we have no money to buy other types of food,” said Letiwe.

Health officials say the sadza made from ground maize contains massive carbohydrates that have been the cause of obesity across Zimbabwe. They said that obesity has also led to an increased incidence of other diseases like diabetes and cancer.

But the family says that despite bad effects on their health, they have at least something to eat like sadza.

Many Zimbabweans like this family believe that being obese is a testimony of good living.

“We have always known even as we were growing up that if one has a big body that meant the person is well fed,” said Petros.

Nutrition experts have also found a link between joblessness and the rising cases of obesity in the country.

“People have no jobs and the same people just eat starch because that is what they can afford and the rest of the time they sit idle which increases their body weight,” said Jimson Hlongwane, a nutritionist based in the Zimbabwean capital.

According to public health nutrition report published in 2017, despite poverty and the prevalence of droughts, 50% of women are suffering from obesity in countries like Ghana, Kenya, Niger, Sierra Leone, Tanzania, and Zimbabwe.

Fast foods that have over the decades become big businesses across Zimbabwe have also contributed to the rising obesity cases in the country.

“Everyone in town has developed a penchant for fast foods like fried chips and chicken and these kinds of foods are also contributing to the rising cases of overweight that we see around,” said a top health official in the Ministry of Health on condition of anonymity as he was unauthorized to speak to the media.

Oil up on fears of supply disruption in Eastern Europe