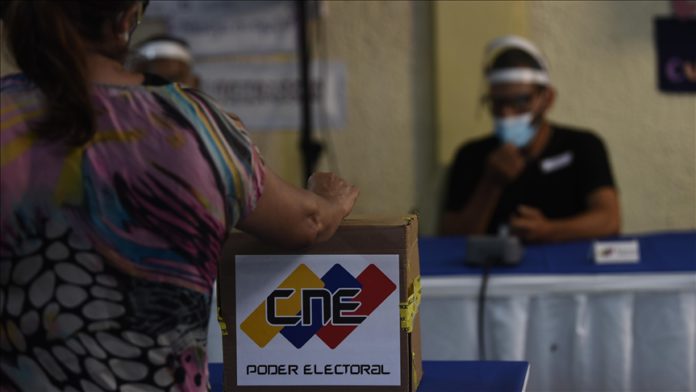 The Organization of American States (OAS) approved a resolution Wednesday rejecting parliamentary elections held over the weekend in Venezuela.

“It is important for the OAS and the world to recognize the fraudulent Dec. 6 elections as the latest act in the playbook of the Maduro regime to undermine and ultimately destroy democracy in Venezuela,” said the resolution, which was presented by Brazil and supported by Canada, Chile, Colombia, the Dominican Republic, Ecuador, Haiti, Honduras, Jamaica, the US, Guatemala, Panama, Paraguay, Peru, Uruguay and Venezuela, which is represented in the regional forum by an opposition delegate.

Mexico and Bolivia voted against the initiative while five countries abstained, including Argentina, which has not recognized the results of the elections.

Traditional allies of the Venezuelan government such as Nicaragua, Antigua and Barbuda decided to absent themselves to protest a meeting of the Permanent Council they said was “improperly” convened.

Meanwhile, the Puebla Group, a progressive alliance made up of political actors from 17 countries, said in a statement that “the elections were carried out within normality, in a peaceful manner and without incidents.”

The document was published the same day that the OAS approved the resolution rejecting the elections in the South American nation.

In the statement, the group reiterated that “the democratic path is the best way to overcome the crisis” in Venezuela and insisted on “the termination of the economic blockade that has been imposed on Venezuela in the midst of the pandemic by the government of the United States.”

The boycott was led by opposition leader Juan Guaido, who has announced that he will hold a referendum in which he will ask Venezuelans whether they accept the results of the National Assembly elections and whether they want a change of government.