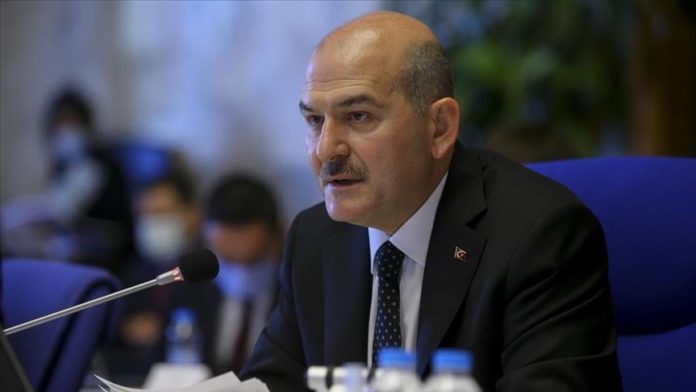 The number of PKK terrorists in Turkey now stands below 320 as a result of effective counter-terrorism operations, the country’s interior minister said on Tuesday.

Speaking at a meeting regarding witness protection, strategy and assessment, Suleyman Soylu said the PKK terror group used to recruit in thousands, and it once recruited 5,558 terrorists in a single year. However, the figures began to decline dramatically, thanks to successful anti-terror operations, he added.

“We have improved our field results on all security fronts and turned positive results into a trend […] Today, Turkey has been more than successful than ever before in its fight against terrorism,” Soylu said.

The illegal drug trade is yet another front where Turkey has achieved a great success, the minister said, adding Turkish narcotics teams have confiscated a large amount of ecstasy pills and heroin.

In 2018, Turkey caught double the amount of ecstasy pills confiscated in entire Europe and seized 20% of heroin in the same region, Soylu said.

He further noted that the PKK terror group, which uses drug trafficking to finance its activities, began to produce cannabis after a crackdown on synthetic drugs, but the Turkish authorities managed to inflict a heavy blow on the group by busting cannabis roots worth 22.9 billion liras ($3.1 billion).

Pursuing a humane policy, Turkey also continued its fight against irregular migration, he said, noting that Turkey held about 119,000 irregular migrants in 2020, which stood around 458 in 2019 before the novel coronavirus outbreak.