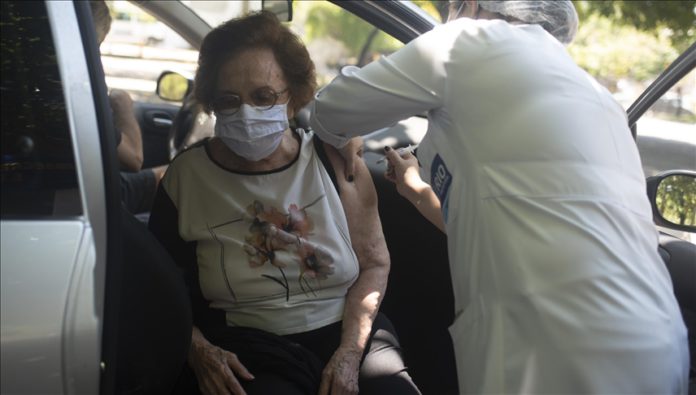 “In one sense, that’s good news and a remarkable achievement in such a short timeframe,” said WHO Director-General Tedros Ghebreyesus at a twice-weekly webinar from the health body’s headquarters in Geneva.

The more 75% of those vaccinations in just 10 countries account for almost 60% of global GDP.

He said that around 130 countries, with 2.5 billion people, have not administered a single dose.

Tedros did not spell out any figures for numbers of jabs, but the Johns Hopkins University of Medicine said more than 105 million COVID-19 cases worldwide have been confirmed with nearly 2.29 million deaths.

The WHO chief said all governments must protect their people and that some countries had already vaccinated large proportions of their population who are at lower risk of severe disease or death.

“But once countries with vaccines have vaccinated their own health workers and older people, the best way to protect the rest of their own population is to share vaccines so other countries can do the same,” said Tedros.

“That’s because the longer it takes to vaccinate those most at risk everywhere, the more opportunity we give the virus to mutate and evade vaccines,” he said.

Tedros warned that unless the world suppresses the virus everywhere, “we could end up back at square one.”

On Wednesday, he said COVAX that aims to distribute novel coronavirus vaccines equitably published its forecast for distributing doses to participating countries.

“This is a very exciting moment. Countries are ready to go, but the vaccines aren’t there. We need countries to share doses once they have finished vaccinating health workers and older people,” said Tedros.

“But we also need a massive scale-up in production,” said the WHO chief.

“We call on other companies to follow this example,” said Tedros.