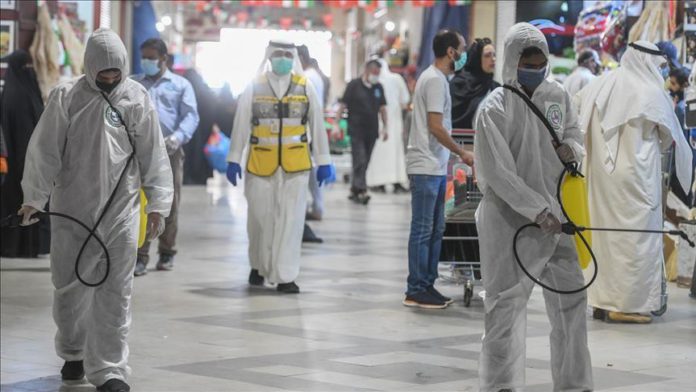 Qatar on Friday confirmed new deaths from the novel coronavirus on Friday, while Oman, Bahrain, Morocco, Lebanon and Tunisia reported only fresh cases.

The Qatari Health Ministry said the country’s death toll rose to 36 after three more people died from COVID-19, while 1,993 fresh infections were recorded, bringing the total to 52,907.

In Oman, the total number of cases rose to 9,820 after 811 new infections were recorded. The country’s death roll stands at 40, while 2,396 patients have recovered so far.

Bahrain’s Health Ministry said 300 more cases were reported in the country over the past 24 hours. The death toll in the country stands at 15, with a total of 10,352 cases, including 5,491 recoveries.

In Morocco, the Health Ministry said 54 people tested positive for the virus, pushing the total infections to 7,697. The country has so far confirmed 202 deaths from COVID-19 and 5,223 recoveries.

In Lebanon, the Health Ministry confirmed four new virus-related cases, bringing the tally to 1,172 — including 26 deaths and 705 recoveries.

In Tunisia, three more people were reported to be infected by the virus, bringing the total number to 1,071. A total of 48 patients have so far died due to the virus, while 946 others have recovered in the country.

The pandemic has claimed nearly 361,100 lives in 188 countries and regions since originating in China last December. The US and Europe are currently the world’s worst-hit regions.

More than 5.84 million cases have been reported worldwide, while over 2.44 million people have recovered so far, according to figures compiled by the US’ Johns Hopkins University.