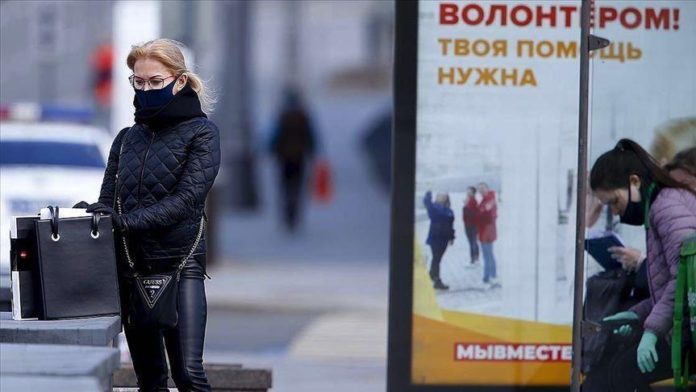 The total number of people who have been exposed to the novel coronavirus in Russia exceeded 3 million on Saturday.

According to the country’s emergency task force, 29,258 people tested positive for COVID-19 over the past day, taking the overall count to 3.02 million and active cases to 541,299.

The COVID-19 spread in Russia has skyrocketed since September, with the country reaching the 1 million mark on Sept. 1, and 2 million on Nov. 19.

To slow down the spread, the authorities launched a vaccination campaign with Russian Sputnik V vaccine, developed by the Gamaleya Research Center.

At first, the vaccine was authorized for people aged between 18 and 60.

But, the Russian Health Ministry on Saturday granted permission for the use of vaccine for people above 60 after the Gamaleya Research Center announced it had completed the trials on people of this age group.

On Friday, the Gamaleya Research Center announced it had completed the trials on people over 60 and on Saturday the Russian Health Ministry granted permission for the use of vaccine for this age group.

Sputnik V vaccine is to be administered through two injections and can be combined with other antigens, including those used against the flu.

Currently, Russia’s overall case tally is the fourth highest in the world, behind the US, India, and Brazil.​​​​​​​

South Korea agrees to pay 13.9% more for US troops