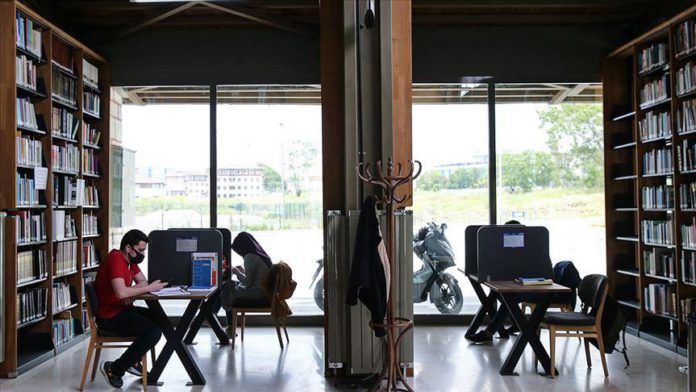 The number of books in Turkish public libraries increased by 3.9% in 2019, compared to the previous year, to reach 20.7 million, Turkey’s statistical authority announced on Friday.

The number of e-books increased by 6.8% in 2019, reaching 98.3 million, the Turkish Statistical Institute (TurkStat) said in a report.

The country had over 32,411 libraries — national, public, university and formal and non-formal education libraries — as of the end of 2019..

Meanwhile, the number of registered members of public libraries increased by 39.3% in 2019 compared to 2018, totaling 3.9 million.