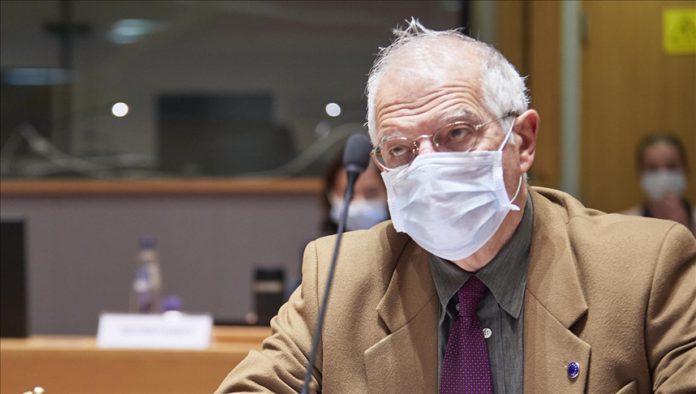 Speaking at a news conference in Berlin, Josep Borrell said talks on the Iran nuclear deal, also known as the Joint Comprehensive Plan of Action (JCPOA), will be held as planned before.

“About the JCPAO […] we are going to maintain the meeting,” he said, in response to a question whether European countries would cancel their participation to protest the execution of Zam.

The 42-year old journalist was charged of fanning violence during anti-government protests in 2017.

Borrell said EU member states have decided to cancel their participation at the Europe-Iran Business Forum, which was scheduled for Dec. 14-16.

“The member states of the EU decided not to participate […] and this meeting has been cancelled. This will not take place under current circumstances,” he said.

“But I don’t think we have to change our schedule and our work in order to keep the JCPAO alive […] we will continue working for it,” he added.

The next round of JCPAO’s meeting is scheduled for Wednesday, and it will be held via video-conferencing at the level of deputy foreign ministers and political directors.

Ahead of the meeting, EU member states strongly condemned the execution of the journalist and urged Tehran to release all political prisoners and to refrain from carrying out further death penalties.

Iran’s Foreign Ministry on Sunday summoned French and German envoys to protest the EU’s condemnation of the execution.

Germany and France have long favored closer political dialogue to find a diplomatic solution to the nuclear dispute with Iran.

Despite US President Donald Trump’s decision in 2018 to withdraw from the JCPAO, Germany and France have repeatedly underlined their commitment to the deal and urged Tehran to return to full compliance with the agreement.

Iran started to cut its commitments to the 2015 nuclear deal in retaliation for the unilateral US withdrawal from the agreement.

Besides Germany and France, UN Security Council members the UK, China and Russia are the other signatories of the nuclear accord, which foresees lifting economic sanctions on Iran in return for Tehran agreeing to limit its nuclear activity to civilian purposes.