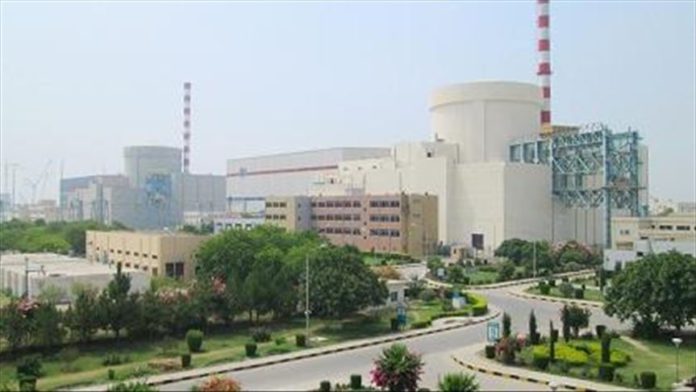 Dispelling the impression that pursuing nuclear technology was a drain on national resources, a top Pakistani nuclear scientist claimed that its peaceful use helped the country to add 1,200 billion rupees ($7.4 billion) to its national exchequer.

He said that it allowed Pakistan to develop 100 new crop varieties, which added $7.4 billion to the treasury. He further said that 800,000 cancer patients are being treated every year by hospitals using nuclear radiation.

The nuclear program, Pervez said, has not only ensured its national security and regional peace but also helped pursue at least 12 sustainable development goals and promote socio-economic development.

Pakistan is one of only 13 countries across the globe capable of sharing its nuclear knowledge and expertise with other countries for peaceful purposes.

Director General of Arms Control and Disarmament Kamran Akhtar stated that the huge Indian defense acquisitions and developments in the areas of artificial intelligence, cyber security and space militarization are destabilizing for the region. He said the international community must exercise care and caution in sharing its advanced nuclear and other related technologies with India.

“Pakistan can be compared with any developed country in terms of its nuclear expertise, knowledge and capabilities, and is completely qualified to become an active and productive member of the strategic export control regime of the world,” he added.

Naeem Salik, the former director of Strategic Plans Division, said Pakistan became a nuclear weapon state once its security needs were neither understood nor met by the world and its several arms control initiatives were not reciprocated. He said Pakistan has a credible minimum deterrence posture which provides Pakistan security without engaging in a costly arms race with India.

Khalid Rahman, the executive president of IPS, said the unparalleled success of Pakistan’s nuclear program provides a principle to follow in policymaking to address various issues of national significance.

“If we understand this principle and pursue our other national goals with similar zeal, spirit, determination, consistency and unity, then we can effectively meet all other challenges that our nation faces,” he argued.