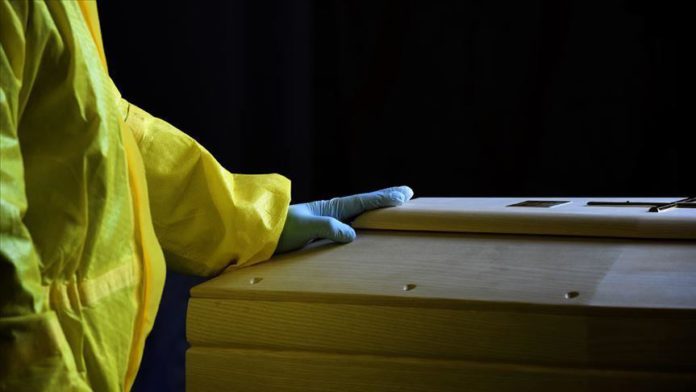 Antonio González Pacheco, accused torturer and a key symbol of Franco-era repression in Spain, died of COVID-19 in Madrid on Thursday, according to local media.

Known as Billy el Nino (Billy the Kid) for his habit of spinning a gun on his finger, he was alleged to have been of the worst torturers of the Francisco Franco dictatorship.

González served as a police officer in Madrid under the Franco regime and in 1975, after Franco’s death, he joined the police’s anti-terrorism unit, where he led a campaign against the Basque terrorist group ETA.

He was never charged with torture in Spain thanks to the 1977 Amnesty Law, which granted impunity to those who committed crimes during the Spanish Civil War and the 36-year dictatorship.

In 2013, an Argentine court issued an international arrest warrant for González on 13 counts of torture as part of a broader investigation into Franco-era crimes that included disappearances, forced labor, assassinations, stolen children, and unlawful imprisonment.

But in 2014, the Spanish High Court rejected the extradition request, arguing the crimes had passed the statute of limitations.

At least 36 complaints have also been filed in Spain against “the Kid” and other agents of the Francoist police force, according to Spanish news agency EFE.

Several of his alleged victims claim that he was a sadist who took delight in torture.

“I was handcuffed to the radiator… He arrived, kicked me and said, ‘You have had the honor of being kicked by Billy the Kid.’ He was very dangerous … there was absolute impunity. He would perform karate moves in front of you, kick you and say, ‘you are a big punching bag.’ He was a compulsive torturer. He enjoyed doing it,” Chato Galante, a purported victim, told Spanish daily El País.

Despite everything, González died, 73, as a decorated police officer.

In 1977, the Spanish government awarded him a silver medal for his “extraordinary services.” These and other honors boosted his pension by 50%, which he collected until his death.

Since 2018, Spain’s Interior Minister Fernando Grande-Marlaska had been reviewing his case in the hopes of stripping him of his benefits, apparently to no avail.

Africa CDC in talks with Pfizer to get coronavirus pill

Pakistan: New virus cases at a low as recoveries rise