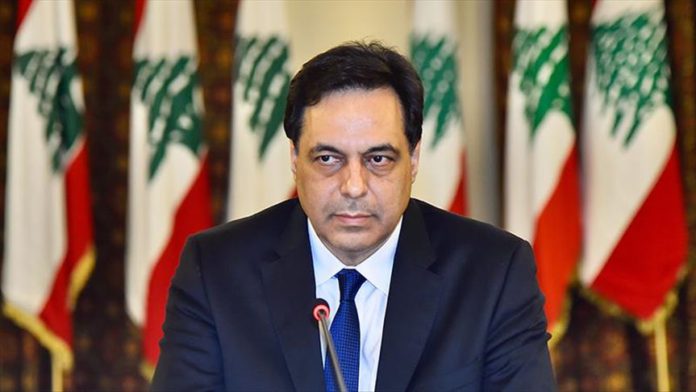 This came in his speech during a meeting of the Lebanese Supreme Council of Defense at the presidential palace, east of the capital Beirut, to discuss security developments in the country.

“Le Drian’s visit brought nothing new, and the French minister lacks information regarding the government’s path of reform in Lebanon,” Diab said in a statement shared on his Twitter account.

The French foreign minister stipulated reforms in order to provide aid to Lebanon, through the International Monetary Fund (IMF), “which confirms that the international decision so far is not to assist Lebanon,” Diab said.

He went on to stress “the importance of unifying the Lebanese position through negotiations with the IMF, moving quickly to the second stage of negotiations and working to stop the blackmail cases that Lebanon is exposed to.”

On July 3, Lebanese Finance Minister Ghazi Wazni revealed the suspension of talks with IMF that began in May to finance a plan to save the economy.

On Friday, Le Drian concluded his three-day visit to Lebanon which was the first since Diab assumed premiership in February, succeeding Saad Hariri, who resigned on Oct. 29, 2019 after anti-government protests.