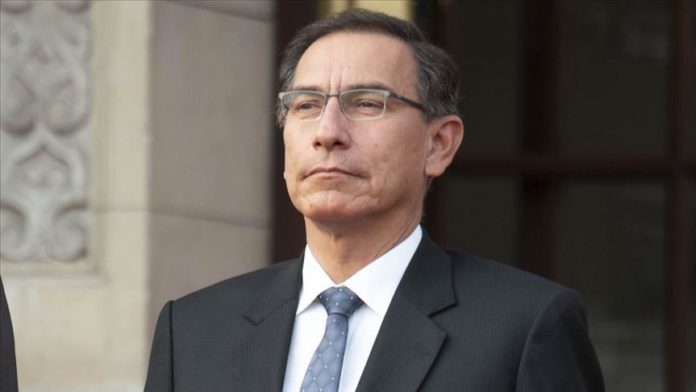 The Peruvian president said there is “nothing illegal” in audio recordings that led to the beginning of his impeachment process.

Saying that all such materials must be corroborated and investigated by the Public Ministry, Martin Vizcarra said Monday in a televised address: “What is here is the betrayal of someone close to me.”

“There is no crime or anything illegal in what is propagated and seen in the audios presented,” he said. “I ask the competent authorities to carry out an investigation… to determine the falsehood of these testimonies.”

He said that he is willing to give all the statements required by the Prosecutor’s Office before his term ends.

The Peruvian Congress voted Friday in favor of starting an impeachment process against Vizcarra, and the second session is set for Sept. 18, when it will be Vizcarra’s turn to respond to accusations, including that he lied and obstructed an investigation of an alleged corruption probe.

The proceedings focus on Vizcarra’s audio recordings in a case known as ‘Richard Swing,’ which involves a singer hired to give motivational talks at the Culture Ministry.

Richard Cisneros is accused of using his friendship with Vizcarra to obtain nine contracts ranging from 7,000 soles to 33,400 soles ($2,000 to $9,500), despite lacking experience.

In one recording, Vizcarra appears to admit he met Cisneros several times at the presidential palace during the coronavirus pandemic, and instructed his staff to lie about the meetings.

The president says the release of the tapes is part of a plot by political opponents to remove him from power.