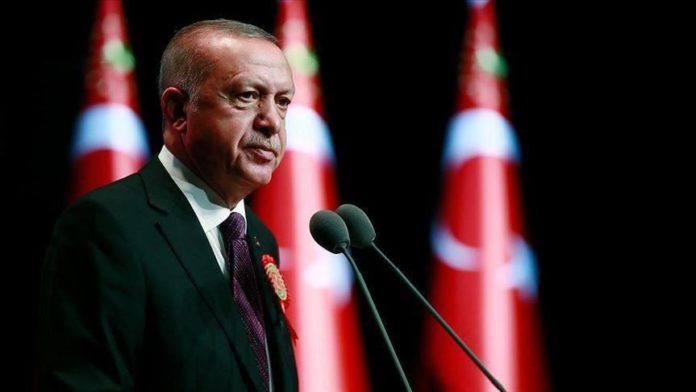 There is not a single mosque in Athens right now as all of them have been destroyed, Turkey’s leader said Sunday.

“Not a single mosque of ours still stands in Athens. They were all razed to the ground. But we did not resort to such ways in a city like Istanbul,” said President Recep Tayyip Erdogan, referring to the 567th anniversary of the conquest of city, which was marked on May 29.

“Our mosques and symbolic monuments in places where we had to leave a century ago were destroyed in a short time.”

Speaking during the opening ceremony for Hadimkoy Dr. Ismail Niyazi Kurtulmus Hospital in Istanbul, Erdogan said that when Sultan Mehmet Han — also known as Mehmet the Conqueror — conquered Istanbul, he was not welcomed as an enemy but like an “expected savior.”

“Our ancestors regarded conquest as not merely taking more lands but winning over hearts,” he said.

“Hagia Sophia was opened to the service of Muslims as their right of conquest by making it even more beautiful instead of razing it to the ground because of a religious animosity,” he said, adding other places of worship were not touched and were maintained to meet the needs of the community.

“Only this picture is sufficient to demonstrate the magnanimity of our ancestors,” he added.

Erdogan underlined that in the past century, the country has not been “successful enough” in keeping alive the relics of its ancestors.

“When we came to power, we saw that only 460 buildings had been restored. In the last 18 years, we have restored 5,060 buildings and presented them to the service of our nation and humanity.”

On Friday, Turkey’s Ministry of Culture and Tourism organized “Conquest Feast in Hagia Sophia” in coordination with the Turkish Presidency’s Directorate of Communications as part of celebrations throughout the day of the conquest of Istanbul.

The program was followed with the recitation of the 48th chapter of the Quran, Surah Al-Fath, meaning Victory or Triumph, which Erdogan viewed via video.

Turkey on Saturday shot back at an objection from Greece on the reading of passages from the Muslim holy book, the Quran, in the Ayasofya (Hagia Sophia), a landmark mosque-converted museum in Istanbul.

“The fact that Greece, the only remaining European country without a mosque in its capital, is disturbed by the recital of the Holy Quran in Hagia Sophia is a case in point illustrating the intolerant psychology of this country, especially at a time when calls to prayer can be heard from minarets in Europe and the importance of the principle of mutual respect is increasingly valued,” said the online statement.

Aksoy’s statement came after earlier remarks from the Greek Foreign Ministry saying the move did not comply with the UNESCO Convention Concerning the Protection of World Cultural and Natural Heritage. 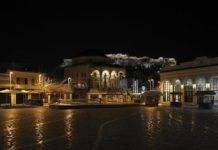