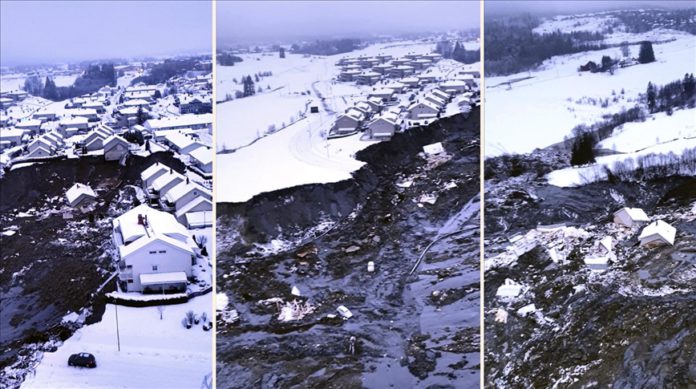 The death toll from Wednesday’s landslide in Norway rose to six, local media reported on Sunday.

The landslide took place last Wednesday in the village of Ask, 25 kilometers (16 miles) northeast of capital Oslo, and around 1,000 people were evacuated after the incident.

The disaster took down several buildings as search and rescue operations continued during the night despite harsh conditions.

At least 10 people were also injured — one with serious injuries — according to initial reports from local officials.

According to the Norwegian broadcaster NRK, two more bodies were recovered and search and rescue efforts continue to find the missing four people.

Norway’s King Harald, Queen Sonja and Crown Prince Haakon visited the region and received information from the authorities about the search and rescue efforts.

King Harald and members of the royal family expressed condolences and wishes of well-being to those who lost their relatives and homes in the landslide.