TurkishPress
Home News Northern Ireland to halt checks on UK goods at its borders from... 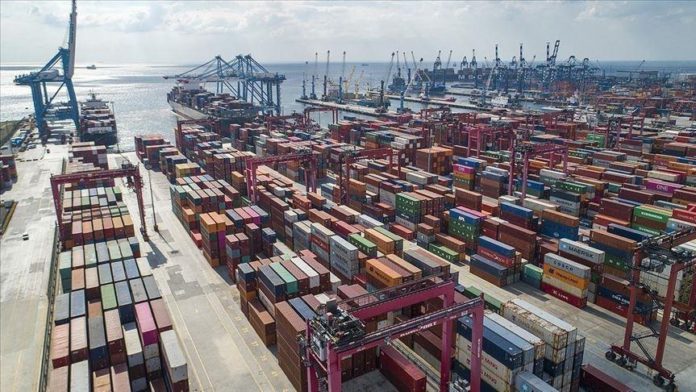 The Northern Ireland’s minister for agriculture has ordered Wednesday post-Brexit checks on goods coming from the rest of the UK at ports to be halted from midnight.

Edwin Poots said his decision came after receiving legal advice on the issue. The advice, according to Poots, said that there is presently “no Executive approval” for those checks.

The checks have been in place as a necessity of the Northern Ireland Protocol signed between the UK and the EU as an addition to the Withdrawal Agreement.

Poots said “a decision to initiate or continue such checks could not be validly taken in the absence of Executive approval.”

He added: “The advice concluded that I can direct the checks to cease in the absence of Executive approval.

“I have now issued a formal instruction to my permanent secretary to halt all checks that were not in place on December 31st 2020 from midnight tonight.”

He further said: “I will prepare a paper for Executive consideration in the near future to seek agreement on a way forward.”

The protocol aims to avoid a hard border between Northern Ireland and the Republic of Ireland.

“The protocol is part of an international agreement,” Coveney told the Irish lawmakers on Wednesday evening.

“To deliberately frustrate obligations under that treaty would be a very serious matter indeed,” he added.

“It would be essentially playing politics with legal obligations.”

Coveney underlined that the protocol was “designed and conceived to protect the Good Friday Agreement” and that it “fully recognizes the constitutional position of Northern Ireland.”

The UK and EU have held talks to reduce the number of checks required by the protocol, however, the latest move, if it goes ahead, may result in a collapse of those negotiations.