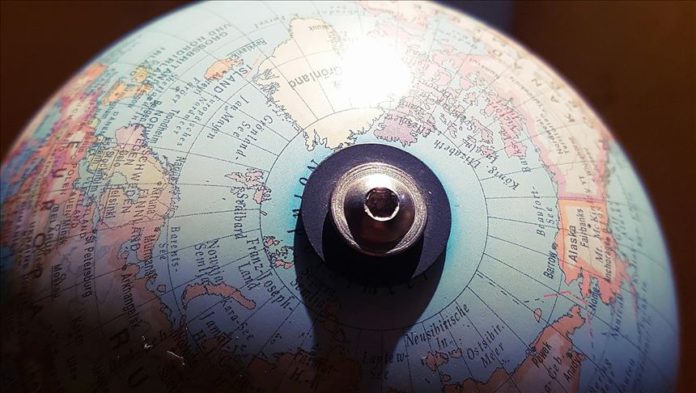 The northern hemisphere is experiencing its hottest summer on record, while dry weather and climate change continue to cause wildfires across western US states.

From June through August, the hottest meteorological summer for the hemisphere was recorded, surpassing 2019 and 2016 that were previously tied for hottest, according to the US National Oceanic and Atmospheric Administration (NOAA) on Monday.

In August, the temperature departure was 2.14 Fahrenheit (1.19 Celsius) from the 20th century average, according to NOAA.

For the globe, August was also the second-warmest August on record, behind 2016, as average global land and ocean surface temperature was 1.69 Fahrenheit (0.94 Celsius) above the 20th century average.

While the 10 warmest months in August have all occurred since 1998, five happened since 2015.

Globally, the eight-month period from January through August also ranked as the second hottest period on record, behind 2016, with 1.85 Fahrenheit (1.03 Celsius) above the 20th century average.

NOAA said average Arctic Sea ice coverage in August was the third smallest on record, while Europe, Asia and the Caribbean region had their hottest January-August period ever recorded.

South America’s average temperature ranked second-hottest since the beginning of 2020, and North America as a whole had its hottest August.

While climate change and extreme weather conditions cause hot, dry weather and strong winds, wildfires continue to blaze western US states of California, Oregon and Washington.

Since the beginning of 2020, wildfires have burned more than 3.2 million acres in California, which is larger than the state of Connecticut, said California Department of Forestry and Fire Protection. Twenty-eight major wildfires continue throughout the state and there have been 35 fatalities since Aug. 15 when fire activity elevated.

After declaring a disaster declaration including fire management and assistance grants for California in August, US President Donald Trump visited the state Monday and received a briefing on deadly wildfires.

California’s Democratic Governor Gavin Newsom thanked Trump for his administration’s commitment to double the state’s vegetation and forest management for the next 20 years, but stressed the importance of climate change.

“When we’re having heat domes, the likes of which we’ve never seen in our history, the hottest August ever in the history of this state, the ferocity of these fires, the drought five-plus years, losing 163 million trees to that drought, something’s happened to the plumbing of the world,” Newson said.

“And we come from a perspective, humbly, where we submit the science and observed evidence is self-evident that climate change is real and that is exacerbating this,” he said, telling Trump, “Pease respect, and I know you do, the difference of opinion out here as it relates to this fundamental issue on the issue of climate change.”

Number of coronavirus cases in crises to 92

Fugitive creator of Ponzi scheme game brought back to Turkey