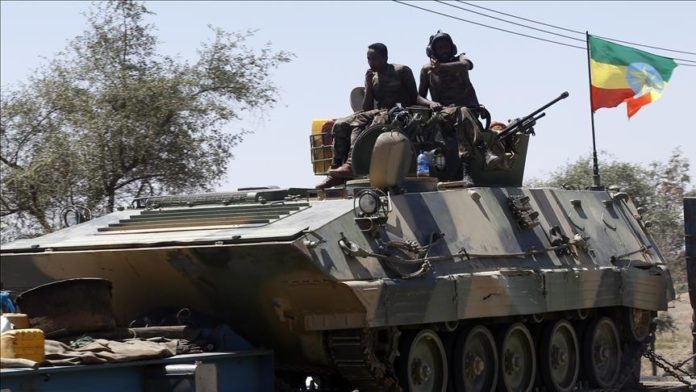 The International Committee of the Red Cross (ICRC) said Tuesday that residents in the Amhara, Afar and Tigray regions are suffering from a lack of basic health services.

The ICRC said the residents are the worst affected by the year-long conflict in northern Ethiopia, noting that in some instances, patients with chronic illnesses were dying.

It lamented the alarming lack of basic health services, medicine and medical equipment.

“Health-care services are lacking essential medical supplies, and in some cases, infrastructure has been severely damaged. This makes access to health care very challenging, depriving people of the essentials, they need to survive,” according to a statement by Micha Wedekind, who is in charge of the ICRC in the affected areas. “Some hospitals in Amhara have closed due to a lack of medicines. People with chronic diseases are dying every day and women are giving birth at home as health facilities are not functional and often without electricity or water.”

The World Health Organization (WHO) last Thursday joined other aid organizations working in Ethiopia in slamming a government blockade on health relief to the Tigray region.

The UN health organization lamented that Ethiopia has prevented the delivery of health supplies to Tigray since July.

In a statement to Anadolu Agency, it said it has repeatedly called for urgent and unimpeded access to deliver health supplies to the people of Tigray where federal forces are fighting the rebellious Tigray People’s Liberation Front (TPLF), which once dominated Ethiopian politics for 14 months.

WHO Director-General Tedros Adhanom Ghebreyesus also last week made remarks where he said the government is blocking aid to the rebellious Tigray region.

Ethiopia denied it obstructed deliveries and accused the WHO and other organizations of ignoring the plight of war victims in the north.

The Ethiopian Ministry of Health accused the TPLF last month of looting and vandalizing “a total of 2,921 health centres,” during its occupation of the Amhara and Afar regions.

The TPLF denies the accusations.

The case in Tigray

The ICRC said that in Tigray, patients were facing severe shortages of medicine and medical equipment that put the lives of affected people at risk.

“In Tigray, single-use items such as gloves, surgical materials, and even chest drains are being washed and reused, increasing the risk of infections. In some places, doctors have replaced disinfectant with salt to clean wounds,” it added.

“Patients are receiving expired medications, oxygen plants are not working anymore, and some health facilities cannot provide routine vaccines.” Apollo Barasa, the health coordinator at the ICRC delegation in Ethiopia was quoted in the statement.

The ICRC noted it has been assisting the needy in affected regions urged parties to the conflict to facilitate the delivery of humanitarian assistance.