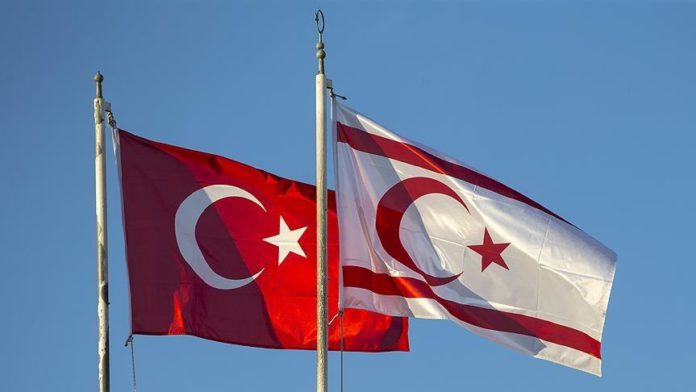 The Turkish Republic of Northern Cyprus (TRNC) has slammed the “baseless claims” made by the Greek Cypriot side and Greece against the TRNC and Turkiye on the issue of irregular migrants.

“The accusations of the Greek Cypriot administration and Greece – which have made a habit of exploiting their EU membership – against our country and the Republic of Turkiye, in order to cover up their inhuman practices, which even lead to deaths of immigrants, are unacceptable,” the TRNC Foreign Ministry said in a Monday statement referring to a speech last week by Greek Cypriot Interior Minister Nicos Nouris.

Speaking to an informal meeting of EU interior ministers in France last Thursday, Nouris called for EU sanctions on airlines allegedly used by irregular migrants to gain access to the areas of the Greek Cypriot administration via the TRNC and Turkiye.

The statement noted that TRNC has a positive view on cooperation with the Greek Cypriot administration on issues concerning the island, adding that this approach has been expressed “on every occasion.”

“We would like to remind you that we have made a proposal to establish cooperation with the Greek Cypriot side in the issue of irregular migration, which is an international phenomenon affecting the island of Cyprus, which we are a partner in, and we would like to reiterate that this proposal is still on the table,” the ministry said.

It went on to say that at least one person was lost at sea due to the Greek Cypriot administration’s blocking of migrants, as covered in the UN Peacekeeping Force report of the UN secretary-general this January.

“As the Turkish Republic of Northern Cyprus, we emphasize once again that we are constructive and open to dialogue, as always, and we hereby remind of our cooperation proposal on irregular migration,” it added.

In 1974, a Greek Cypriot coup aimed at Greece’s annexation led to Turkiye’s military intervention as a guarantor power to protect Turkish Cypriots from persecution and violence. As a result, the TRNC was founded in 1983.

It has seen an on-and-off peace process in recent years, including a failed 2017 initiative in Switzerland under the auspices of guarantor countries Turkiye, Greece, and the UK.