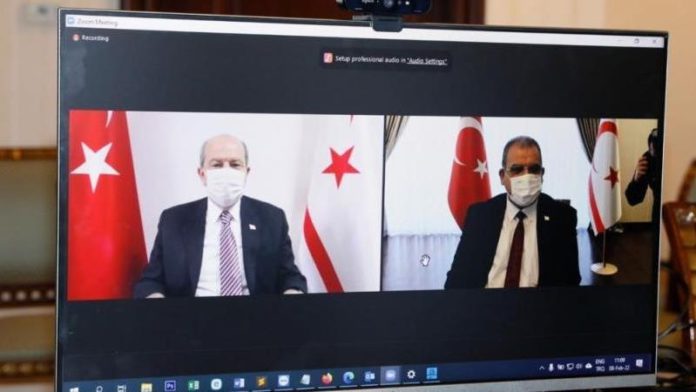 In the wake of last month’s snap polls, the president of the Turkish Republic of Northern Cyprus (TRNC) assigned the task of forming a new government to the current premier, local media reported Tuesday.

A meeting between Ersin Tatar and Prime Minister Faiz Sucuoglu, who is also chair of the National Unity Party (UBP), was held online as the president recently tested positive for COVID-19.

Speaking to the press, Sucuoglu said first they will gather a delegation to form the government. They will visit all political party headquarters to do so, he added.

“What matters for us is political stability,” said Sucuoglu. “We need a proper government today.”

He noted that with a government with 27 deputies, if one or two test positive for COVID-19, parliament would have a quorum problem.

“The new government must be harmonious. What we are aiming for is to have a stable government that can complete its normal period of at least five years both in terms of number and compliance.”

January’s polls were held a year ahead of schedule.

‘Less likely to form government with only 27 deputies’

Stressing that they approach all other political parties equally, Sucuoglu said they had held informal meetings with the parties before taking the post, and now they will officially begin inter-delegation negotiations.

The UBP has 24 deputies, not enough to form a new government in the 50-seat parliament, so they aim to form a coalition government, he said.

Noting that they have 15 days to do the job, Sucuoglu emphasized that they will not delay finishing until the end.