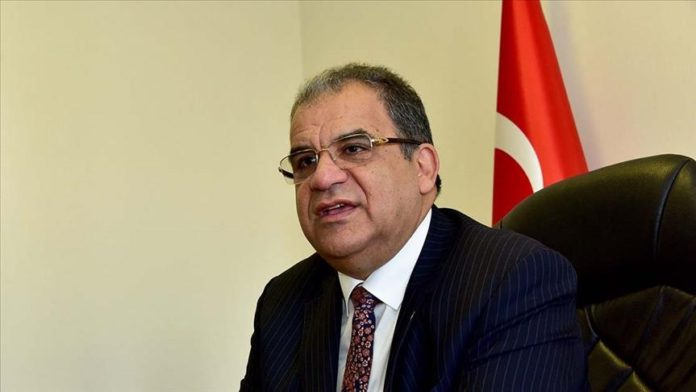 In the wake of early elections and ahead of the formation of a new government, the Turkish Cypriot premier on Monday offered his resignation to Ersin Tatar, president of the Turkish Republic of Northern Cyprus (TRNC).

Tatar told Sucuoglu that his health will not interfere with efforts to form a new government and that on Tuesday he will give Sucuoglu, who leads the National Unity Party (UBP), the task of forming the government.

The ruling UBP came in first in the early elections held on Jan. 24, securing 24 seats in the 50-member parliament.

Tatar also wished success to all the deputies sworn into parliament earlier in the day and voiced hope for a stable government that will serve the people of Northern Cyprus.

Sucuoglu later said they offered the resignation of the UBP-DP coalition government that they formed last November.

Saying that the current government will continue to serve until a new government is formed, Sucuoglu added: “Our main focus is stability. We also stressed political and economic stability before the election.”