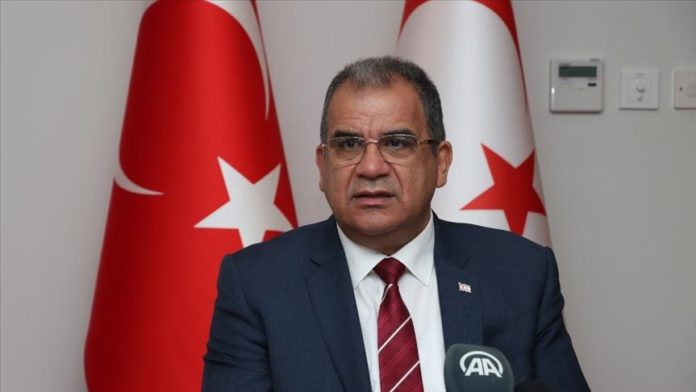 Underlining that PYD is the political wing of the PKK terror group, TRNC Prime Minister Faiz Sucuoglu said: “With this pro-terror attitude, the Greek Cypriot administration has started to lay the groundwork for illegal activities on the island.”

“The recent step, which allows this bloody murder network to operate on the island through opening an office, is a new page in the Greek Cypriot administration’s history that feeds terrorism,” Sucuoglu said in a statement.

He accused the Greek Cypriot administration, which is also a member to the EU, of endangering the peace on the island and in the region.

The prime minister called on the Greek Cypriot side to “retract its recent steps that support terrorism and not to test the joint power of Turkiye and the TRNC.”

Speaking at a joint news conference with his Estonian counterpart Eva-Maria Liimets, Cavusoglu said if Turkiye or the Turkish Cypriot side faces any threat or attack from the Greek Cypriot side, “we will make them pay the price.”

In its more than 35-year terror campaign against Turkiye, the PKK – listed as a terrorist organization by Turkiye, the US and the European Union – has been responsible for the deaths of at least 40,000 people, including women, children and infants.