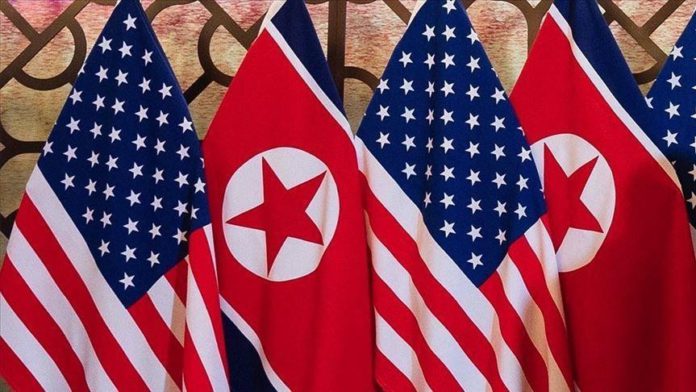 Washington may face “undesirable happenings” if it continues its provocations and “habitual hostility” against Pyongyang, a top North Korean official warned on Saturday.

Criticizing the US’ “gangster-like logic,” Ri Pyong Chol, secretary of the Central Committee of the ruling Workers’ Party of Korea, said the country’s latest missile tests were in line with its “legitimate right to self-defense.”

North Korea fired two short-range ballistic missiles on Thursday, less than a week after testing cruise missiles, in its first launches since US President Joe Biden assumed office in January.

Biden, in a news conference later that day, warned there would be “responses” if North Korea continues with such escalations, while also conveying that his administration is “prepared for some form of diplomacy… conditioned on the end result of denuclearization.”

Ri, however, accused the US and South Korea of posing a “lasting military threat to the Korean peninsula” through their “dangerous war exercises and shipping latest hardware.”

“We express deep concern over the fact that the US chief executive clearly revealed the habitual hostility against the DPRK [Democratic People’s Republic of Korea], slandering the normal test of weapons belonging to the right to defense of our state as a violation of the UN resolution,” Ri said in a statement published by the state-run Korean Central News Agency.

“It is a gangster-like logic that the US can ship nuclear assets at any time to the Korean peninsula and launch intercontinental ballistic missiles, but the DPRK, one of the warring sides, is not allowed to test [a] tactical weapon.”

The North Korean official said the “bellicose attitude of the new US administration” proves that it has taken “the wrong step from the beginning.”

“If the US releases unreasonable remarks, it might face undesirable happenings,” read the statement.

Japan is considering extending sanctions against North Korea, aiming to nudge Pyongyang toward denuclearization and resolve the issue of abductions of Japanese nationals, according to local media.

The sanctions include a total ban on bilateral trade and forbid the entry into Japan of North Korean-registered ships and vessels that have stopped at a North Korean port, Kyodo News Agency reported.

Japan has imposed sanctions on North Korea ever since Pyongyang first tested nuclear weapons back in 2006.

Tokyo also blames Pyongyang for the abduction of 17 Japanese nationals.

On Friday, the UN Security Council also extended until April 2022 the mandate of a panel of experts assisting the committee which oversees its sanctions against North Korea.