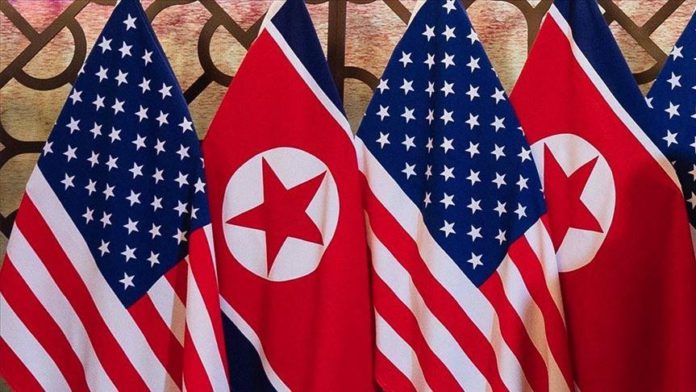 North Korea on Thursday confirmed that it had turned down an offer by the US for talks, stating that dialogue would be possible only if both sides come to “equal footing.”

In a statement, North Korean First Vice-Minister of Foreign Affairs Choe Son Hui said Washington had been trying to make contact through several channels since mid-February.

But, dialogue will be made when circumstances for discussion on an equal footing are created, he added.

Recently, the US requested contact via e-mail and phone message through “different channels and, at the night just before the start of the joint military exercises, sent us through a third country another message for our affirmative response to the contact,” Hui said in a statement published by the state-run Korean Central News Agency.

White House spokeswoman Jen Psaki said on Monday that the Biden administration had reached out to North Korea but had not received a response.

“We also are focused on consulting with many former government officials who’ve been involved in North Korea policy, including from several prior administrations,” she told reporters and added: “Our goal is to reduce the risk of escalation, but to the date, we have not received any response.”

The North Korean statement came just hours before “two-plus-two” talks between the US and South Korea as US Secretary of State Antony Blinken and Defense Secretary Lloyd Austin are currently in Seoul.

Blinken on Thursday said China has a “clear self-interest” and a “critical” role to play in persuading North Korea to denuclearize, stressing Beijing’s obligation to “fully” enforce anti-Pyongyang sanctions.

“Because it is a source of instability, it’s a source of danger and obviously a threat to us and our partners, but China has a real interest in helping to deal with this,” Yonhap News Agency quoted Blinken as saying after meeting with his South Korean counterpart.

The two US officials arrived in South Korea on Wednesday after a three-day visit to Japan.

“I am anxious about his senseless remark astonishing the world to be told in South Korea,” the North Korean official responded to Blinken’s comments.

Former US President Donald Trump held three successive rounds of talks with North Korea, but was ultimately unable to come to an agreement on its nuclear and ballistic missile programs.

The last round concluded in June 2019 when Trump famously became the first sitting president to set foot in the country, but without making progress on the core goals of reining in Pyongyang’s illicit programs.

Russia afraid to admit its policy towards Ukraine is erroneous: Zelenksyy