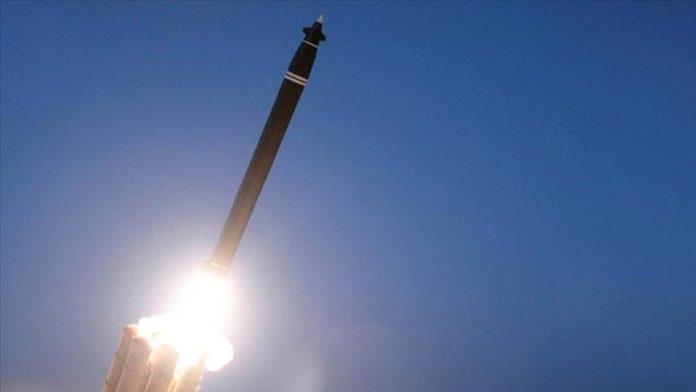 “Currently, our military is tracking and monitoring related (North Korean) movements and maintaining a readiness posture,” the agency quoted the JCS as saying.

Last Wednesday, the country said it had “successfully” conducted the final test firing of a newly developed hypersonic missile.

In October last year, North Korea confirmed that it had developed a hypersonic missile.

The latest tests have led to the US imposing sanctions on five people involved in North Korea’s missile programs.

A spokesperson for North Korea’s Foreign Ministry said last week that the US sanctions are “clearly a provocation” and criticized Washington for “aggravating the situation intentionally.”

The US’s “gangster logic…questions the exercise of our legitimate right to self-defense,” said a statement carried by the state-run Korean Central News Agency.

The official said North Korea’s push for a “new-type weapon” is only to enhance its “national defense capability, not for aiming at a specific country or force.”

The statement warned of “a stronger and clearer response” if the US continues with its “attitude of confrontation.”

Some Turkish students return to classrooms