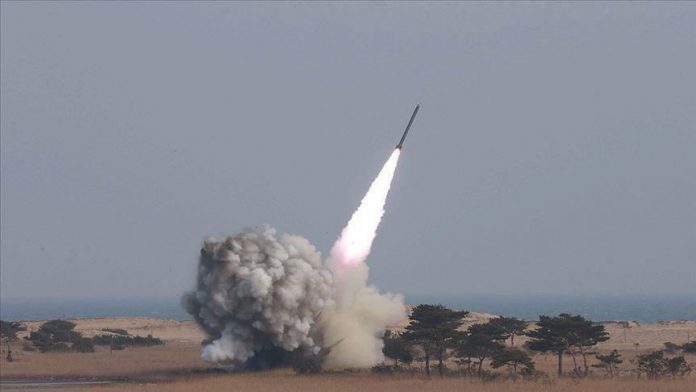 Ahead of the birth anniversary of the country’s founder, North Korea on Tuesday fired a barrage of short-range missiles, said the South Korean military.

North Korea is commemorating the Day of the Sun on April 15, an important annual public holiday in the country marking the birth of founder Kim Il-sung.

“The projectiles, assumed to be surface-to-ship cruise missiles, were