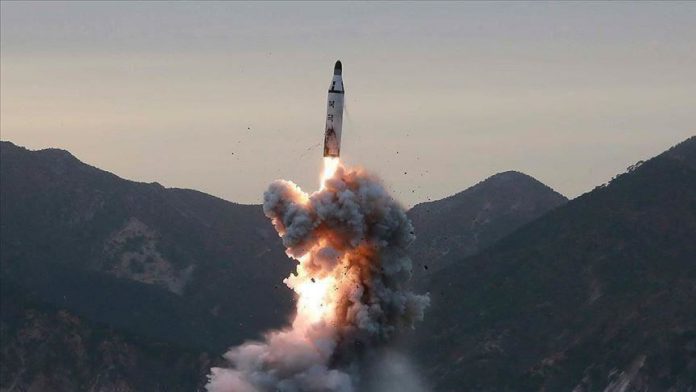 South Korea on Thursday claimed that North Korea has fired two “unidentified projectiles” into the sea off the eastern coast, local media reported.

According to Yonhap news agency, South Korea’s Joint Chief of Staff said in a statement that Pyongyang fired projectiles into the East Sea at around 4:59 p.m. local time (0759GMT) on Thursday.

This was the 13th time this year that North Korea carried out a major weapons test, according to the news agency.