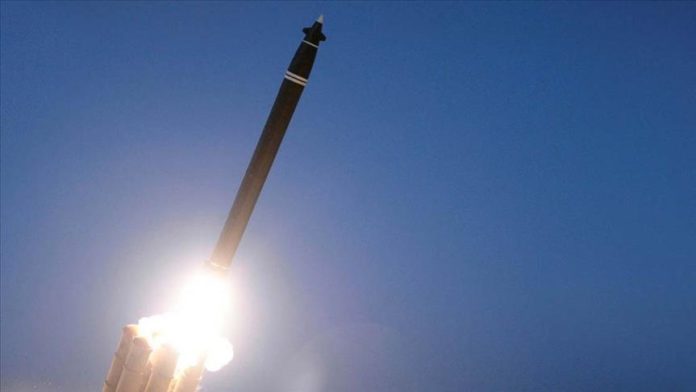 Two long-distance cruise missiles launched toward the East Sea on Jan. 25 flew for two hours and 32 minutes to hit their target island 1,800 kilometers (over 1,100 miles) away, the country’s Academy of Defense said in a statement.

The practical combat performance of the long-distance cruise missile system will strengthen the war deterrence of the country, read the statement published by state-run Korean Central News Agency.

North Korea also tested surface-to-surface tactical guided missiles on Jan. 27 to confirm the might of conventional warhead, it said.

The missiles precisely hit their target island, confirming that the “explosive power of the conventional warhead meets the demand of its design,” the statement added.

North Korea has so far carried out six confirmed missile tests in January, including that of a newly developed hypersonic missile.

Pyongyang also warned it will continue to develop powerful warheads for different combat missions as it ramps up tests to strengthen defenses against what it claims is a “hostile” US.

It has also hinted at restarting “all temporally-suspended” defense activities, referring to a self-imposed moratorium since 2017 on testing nuclear weapons and long-range missiles.

US President Joe Biden’s administration has condemned the flurry of tests and imposed fresh sanctions last week, drawing warnings from the North Korean Foreign Ministry of “a stronger and clearer response” if Washington continues with its “attitude of confrontation.”

Kim also spoke about the sanctions in the Politburo meeting, calling them a “foolish act” and accusing Washington of trying to deprive the North of its right to self-defense.

According to a Yonhap News Agency report, Biden and Japan’s Prime Minister Fumio Kishida criticized North Korea’s aggressive moves last week, with the US president vowing that Washington will still continue its efforts for dialogue.