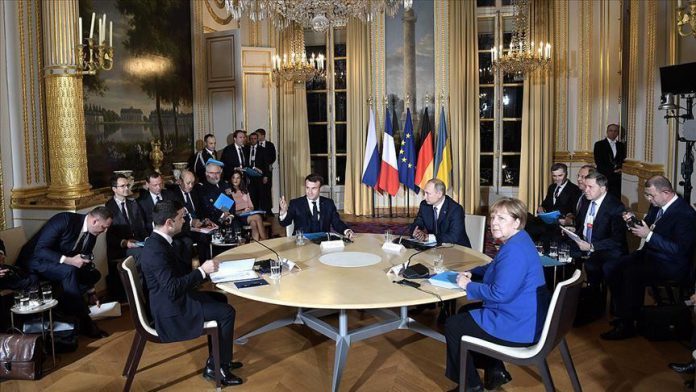 The leaders of the Normandy Four countries — Germany, France, Russia and Ukraine — declared progress Monday following a meeting in Paris.

Angela Merkel, Emmanuel Macron, Vladimir Putin and Volodymyr Zelensky agreed to renew and expand the mandate of observers from the Organization for Security and Cooperation in Europe (OSCE) working in eastern Ukraine.

They unanimously approved a 24-hour mandate for OSCE observers to monitor the ceasefire in eastern Ukraine with unlimited access to all areas instead of the 12 hours the current mandate allows.

In addition, the four leaders spoke in favor of implementing an updated demining plan