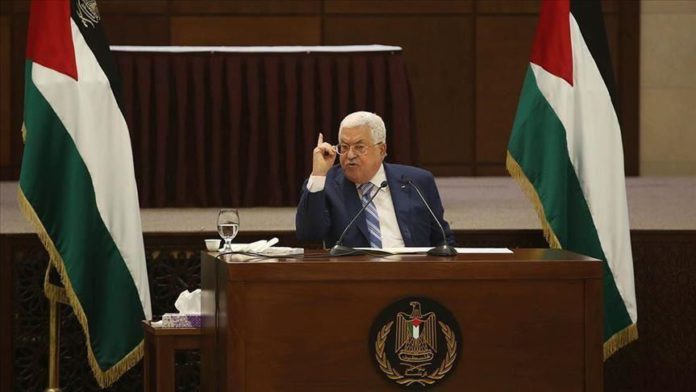 Palestinian President Mahmoud Abbas said on Tuesday that peace in the region will not be achieved through “leaping over the Palestinians” towards normalizing relations between the Arab countries and Israel.

Last week, the United Arab Emirates and Israel announced a US-brokered deal to normalize their relations, in a move that drew widespread Palestinian condemnations.

“There is neither peace nor stability in the region without the Palestinian people gaining their independence,” Abbas said during a meeting with British Foreign Secretary Dominic Raab in Ramallah.

“Israel is still building settlements and has not abandoned the annexation plan [in the West Bank] which are practices that destroy any peace process,” Abbas said.

Raab, for his part, stressed his country’s commitment to the “two-state solution” and its opposition to the Israeli annexation plan.

“We want to see an improvement in the Palestinian people’s lives and that could come through peace based on a negotiated process between Israel and the Palestinians,” Raab said.

The British foreign secretary arrived in Ramallah from Jerusalem after meeting with Israeli officials.

Confidence-building measures to be discussed on Syria