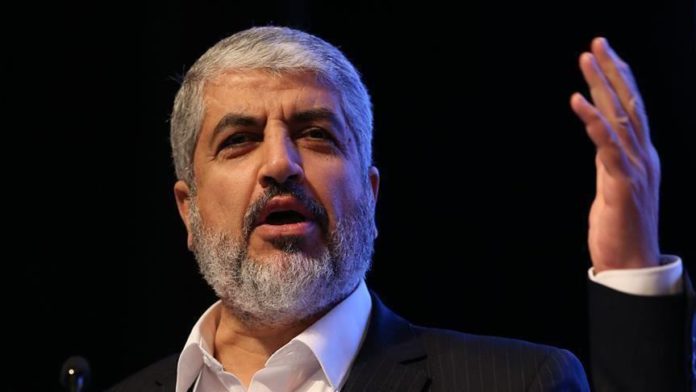 The idea of normal relations with Israel was raised with the intent of controlling the Arab world, the former head of Hamas said Saturday.

Khaled Mashal spoke at an online event by the youth branch of Morocco’s Justice and Development party’s Facebook account and said Israel managed to eliminate Egypt with the Camp David treaty which led to the concept of normalization to control Arabs.

Egypt and Israel signed a peace treaty in Washington in 1979 following the Camp David Accords in 1978, which ended military conflict between the two countries and began permanent and stable bilateral relations.

Mashal said Israel followed a new policy by taking advantage of regional and international changes in recent years and efforts to normalize relations with Israel have not benefited anyone but the Tel Aviv administration.

Turkey scares Israel by presenting its model of political Islam and its power of democracy, trade and industry, he said, adding there are some countries that play an effective role in global changes unlike Arab countries that have mostly lost their influence.

He said the Israeli annexation plan and the so-called Deal of the Century are agreements that no Palestinian would accept.

As part of US President Donald Trump’s Deal of the Century, Israeli Prime Minister Benjamin Netanyahu announced his government would formally annex the Jordan Valley and all settlement blocs in the West Bank.

The West Bank, including East Jerusalem, is viewed as occupied territory under international law, making all Jewish settlements there, as well as the planned annexation, illegal.

The majority of the international community, including European Union member states, do not recognize Israel’s sovereignty over territories it has occupied since 1967.