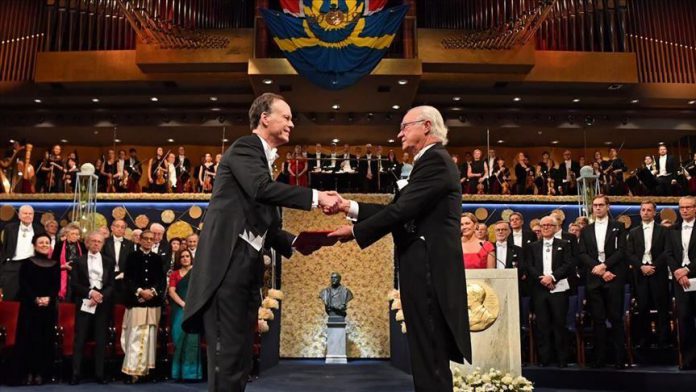 The Nobel Prize ceremony was held Tuesday under the shadow of criticism amid a decision to award this year’s literature prize to Peter Handke, an Austrian author who denies the Bosnian genocide.

Handke, 77, was awarded the Nobel Prize in Literature despite his open support to Serbian leader Slobodan Milosevic, who died in 2006 at the international tribunal in The Hague on trial for war crimes and genocide.

He claimed that the Muslim Bosniaks in Sarajevo had killed themselves, adding that he never believed that the Serbs had committed genocide in Srebrenica.

At the ceremony on Tuesday, Swedish King