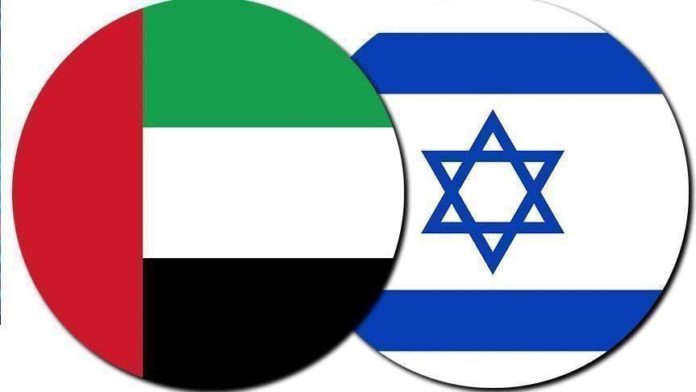 ISTANBUL – Israeli Prime Minister Benjamin Netanyahu and United Arab Emirates (UAE) Crown Prince Mohammed Bin Zayed Al Nahyan, who are blamed for the deaths of thousands of civilians in attacks in Palestine and Yemen, have been nominated for the 2021 Nobel Peace Prize.

Al Nahyan and Netanyahu were on Tuesday nominated for the prestigious award for their signing of a normalization pact between their countries earlier this year.

Lord David Trimble, who was awarded the Nobel Peace Prize in 1998 alongside the late Northern Irish politician John Hume for their role in the Irish peace agreement, was reported to have nominated Netanyahu and Al Nahyan.

Although both leaders are candidates for the peace prize, they are among the leading actors in conflicts and civil wars that have killed many civilians in Yemen, Libya and particularly in Palestine.

Al Nahyan is a prominent figure in the Arab Spring with a policy of suppressing actors and supporting representatives of former regimes.

Under his leadership, the UAE is known for having stoked the civil war in Yemen as well as the conflict in Libya and deepening divisions in the region.

According to the UN, over 100,000 people have died so far in Yemen’s civil war, where the UAE is also an important actor.

The UAE maintains a military presence in the country, where 14 million Yemenis are at risk of famine.

According to UN documents, the UAE also supports 90,000 Yemeni militants along with its own troops.

A UN-led international delegation to Yemen issued a detailed report on Sept. 9 saying that all parties in the country, including Saudi Arabia and the UAE, had violated international human rights laws and had reasonable evidence that the parties had committed war crimes.

Using the country’s significant oil revenues to increase its regional influence and strengthen its position, Al Nahyan is cited among the key figures in Yemen as well as in the instability and conflict in Libya.

Al Nahyan is openly supportive of Libyan warlord Khalifa Haftar, who launched a coup attempt in Libya, and embraced the one in Egypt following a disputed election in 2014.

He also developed close ties with Haftar after the coup attempt and provided unconditional economic, diplomatic and military support for the ambitious general to help him take over all of Libya.

Under Benjamin Netanyahu’s leadership, about 3,500 Palestinians, including many women and children, were killed and thousands injured in attacks by the Israeli armed forces.

Netanyahu, known for spearheading Israel’s oppression and violations of Palestinians’ rights as well as his far-right views, was prime minister when the Israeli army carried out two bloody attacks on the blockaded Gaza Strip.

According to the Israeli human rights organization B’Tselem, nearly 3,500 Palestinians have been killed in attacks by Israeli forces ordered by Netanyahu, who has been prime minister since 2009.

Of the Palestinians killed in Israeli attacks, 799 were children and 342 women.

The Gaza Strip has paid the heaviest price for Israeli attacks during the Netanyahu era.

Netanyahu, who has served as prime minister seven times, ordered two bloody attacks on the Gaza Strip — the 2012 Operation “Pillar of Defense” and 2014 Operation “Protective Edge.”

In addition to the loss of life, the two attacks, which led to major destruction in Gaza, have been at the forefront of Israel’s massacres of Palestinians in recent years.

According to B’Tselem, 167 Palestinians were killed in Israeli attacks on Gaza in 2012.

On July 8, 2014, Israel launched attacks on Gaza in one of the bloodiest years in Palestinian history.

According to the UN report, the Israeli army attacked Gaza with about 50,000 tanks, artillery rounds and 6,000 air strikes over 50 days.

Palestinian authorities noted that 28,366 homes were damaged, with 3,329 completely destroyed and 23,445 partially destroyed, especially in the city, which was destroyed by airstrikes.

In Gaza, 65,000 Palestinians were left homeless, with infrastructure heavily damaged due to the attacks.

Israeli forces under Netanyahu began a new massacre in the region in 2018.

During the peaceful “Great March of Return” demonstrations on the Gaza border that started on March 30, 2018 and lasted for months, Israeli soldiers did not hold back from excessive use of force against Palestinians, including using live bullets.

Netanyahu’s administration has not even tolerated peaceful demonstrations demanding the right of return of Palestinian refugees forced from their territory and the lifting of the blockade on the Gaza Strip imposed by land, air and sea since 2006.

Israeli soldiers massacred Palestinians before the eyes of the world during these demonstrations, which were followed in live televised broadcasts.

According to Al Mezan, a human rights organization in Gaza, 215 Palestinians were martyred by Israeli soldiers during the demonstrations while thousands were injured.