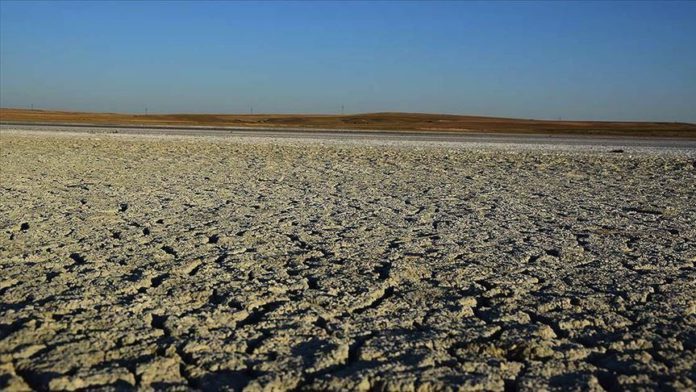 Nobel laureate and biologist Erik Jeppesen will collaborate with Turkish scientists on a study into the impact of global warming on lake ecosystems in Turkey.

A member of the Intergovernmental Panel on Climate Change (IPCC), Jeppesen chose Turkey to conduct and manage his project on rising salt levels in freshwater lakes and the impact of this on lake biology.

The Scientific and Technological Research Council of Turkey (TUBITAK) will support the Danish scientist, who has hundreds of articles published in the field of freshwater lakes, with its International Leader Researchers Program.

Having collaborated with over 150 research groups around the world and organized yearly trips to Greenland over 20 years of research, Jeppesen told Anadolu Agency that his project would help explain how freshwater systems were changing amid global climate change.

“Global warming will double the size of drylands and turn the majority of freshwater lakes into saltwater lakes. This is a primary problem for Turkey and other countries with a semiarid climate,” said Jeppesen.

In a recent study in northwestern China on biological diversity in lakes with rising salinization levels, Jeppesen said his team had found indications of food chains getting shorter with a loss in ecosystem functioning.

Research is scarce around the world on salt lake systems and their functions, he said, adding that this was unfortunate as the number of salt lakes was expected to grow in the near future.

In an interview with Anadolu Agency, Beklioglu warned that global temperatures and precipitation models had shifted due to climate change — quite drastically in semi-arid regions such as the Mediterranean — with low prospects of improvement.

“The number of arid areas around the world is expected to double by the year 2100. This will mean freshwater ecosystems will become saltier. Increase in salinization rates is a great threat in terms of functioning and biological diversity of lakes,” said Beklioglu, who is known for her research in freshwater ecology.

As part of the project, controlled experiments and collaborative research will be conducted in METU’s facilities both in Ankara and the southern coastal Mersin province, as well as in lakes in Kazakhstan and Russia with similar salinization rates.

The global results of the study will be shared in an international workshop, said Beklioglu.