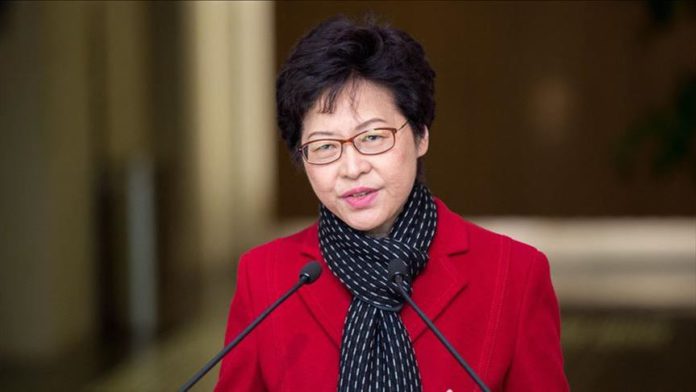 Hong Kong’s top official on Tuesday said there was no “separation of powers” in the semi-autonomous region’s constitution.

“A high degree of autonomy does not equate to full autonomy,” said Chief Executive Carrie Lam, according to the Beijing-based Global Times daily.

The move was criticized as “political censorship” by the city’s largest teaching union, according to the Hong Kong Free Press, with Secretary for Education Kevin Yeung on Monday defending it at a press conference.

“There was no separation of powers in Hong Kong, whether it was before Hong Kong’s return to the motherland in 1997 or after it under the Basic Law. These facts have to be made clear in textbooks,” said Yeung.

After scrutiny by Hong Kong Education Bureau, at least six publishers had to revise the content of Liberal Studies textbooks.

Throwing her weight behind Yeung, Lam said: “Due to misunderstandings, some people may raise the issue of ‘separation of powers,’ and some may deliberately misguide others, while the government will tell the truth to the public.”

The change comes after a new security law passed in China’s National People’s Congress came into effect in Hong Kong on July 1, drawing criticism within Hong Kong and in the international community, which Beijing has dismissed as “foreign intervention.”