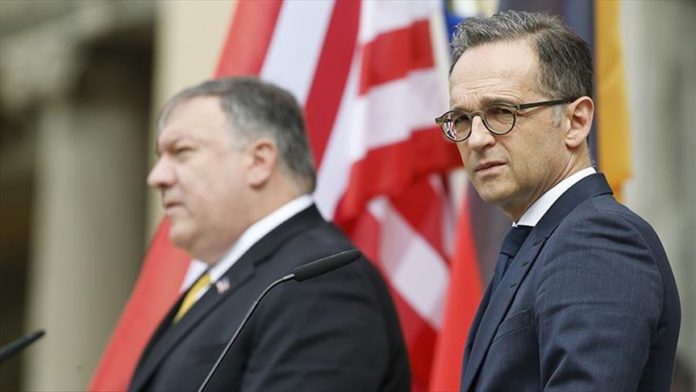 When it comes to German-American relations, things could hardly get much worse, as they reached a new post-World War II low in the wake of Washington’s announcement last month that it will withdraw thousands of troops from German soil.

The list of major differences between Berlin and Washington seems endless, including defense spending, policy on Iran, a simmering trade war, as well as President Donald Trump’s threats to sanction German-Russian cooperation in the Nord Stream 2 gas pipeline project.

While many Germans hope that bilateral relations will improve if Trump is voted out of office this fall, German political leaders caution against any such high expectations.

German Foreign Minister Heiko Maas recently warned that the important trans-Atlantic alliance might not recover even if Democrat Joe Biden, Trump’s challenger for the White House, wins this November.

“Everyone who thinks everything in the trans-Atlantic partnership will be as it once was with a Democratic president underestimates the structural changes,” German press agency DPA quoted Maas as saying.

“Trans-Atlantic relations are extraordinarily important, they remain important, and we are working to ensure they have a future. But with the way they are now, they are no longer fulfilling the demands both sides have for them,” he added.

In the most telling sign yet of how strained relations have become after the US troop pullout announcement, Peter Beyer, the coordinator for transatlantic relations for the government of Chancellor Angela Merkel, said the US decision to withdraw its soldiers “would break transatlantic bridges.”

Alluding to the continued breakdown in German-US relations, newsweekly Der Spiegel commented: “Germany has become the antithesis to Trump’s America …The conflict centers on concrete interests and political issues, but of course also on the personal chemistry between Trump and Chancellor Angela Merkel.”

The current state of bilateral political ties also reflects the strained relations between Trump and Merkel.

Communication between the chancellor and the US president has been brought to a minimum, according to Der Spiegel.

While Merkel at times spoke with Trump’s predecessor Barack Obama once a week, contact with Trump has been extremely rare.

“Spontaneous phone calls are not a part of their relationship,” the magazine quoted an unnamed American diplomat as saying.

They often go for several months without speaking to each other.

While Trump has made a habit out of denigrating alliances and cooperation with Europe – including accusing Germany of freeloading on defense spending – from Germany’s point of view, talks with Trump are mostly regarded as useless.

They have “little practical use,” said one German government representative, speaking on condition of anonymity.

Trump is notorious for being ill-informed about international issues and being combative and reckless in conversation with world leaders, especially European ones.

According to German press reports, it has now become normal for Merkel not to ask for a meeting with Trump when she visits the United States, while the American president – nearly four years into his term – has yet to pay an official visit to Berlin.

A key factor in the dramatic deterioration in bilateral ties was former US Ambassador to Germany Richard Grenell, who from the get-go showed little diplomatic restraint but instead seemed to be interested in making headlines in Washington, hoping to land a top job as national security advisor at the White House.

Martin Schulz, who led the Social Democrats when Grenell took up his post in Berlin, lambasted Grenell for tweeting that German firms should immediately cease their business activities with Iran.

Meanwhile, former German Foreign Minister Sigmar Gabriel stressed that the ambassador’s proper role is to keep the lines of communication between the two capitals open.

“We actually need an American ambassador who mediates, who tells the Americans, even if he doesn’t share our position, why we think the way we do,” Gabriel said.

While there may be no return to the good old days, political experts urge a sense of realism when it comes to prospects for better US-German ties in the future.

David Deissner, managing director of Atlantik-Bruecke, a Berlin-based NGO promoting German-American friendship, said he is aware that ties between the US and Germany have reached the “lowest point of the post-war period.”

However, the answer to this is not to fall into either “nostalgic longing for old times” or “fatalistic rejection,” Deissner told Augsburger Allgemeine daily.

For Deissner, in the years to come the US will still remain Germany’s “most important partner.”