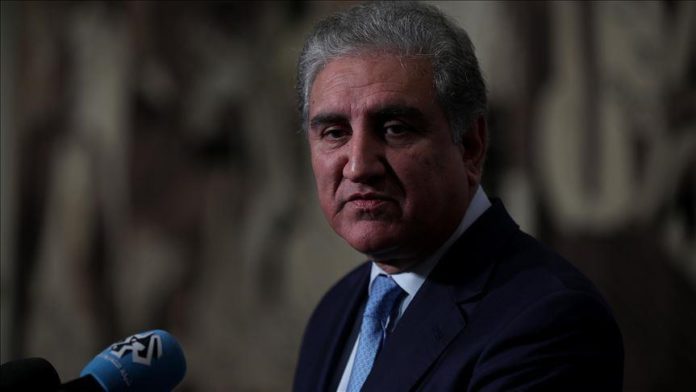 Pakistan on Wednesday dismissed the possibility of an “immediate” resumption of talks with longtime rival India amid rising tensions between the two nuclear neighbors over the lingering Kashmir dispute.

Foreign Minister Shah Mehmood Qureshi told reporters in the northeastern Multan city that Islamabad neither sees the possibility of resumption of the long-stalled peace talks nor any “backdoor” diplomacy with New Delhi in the current circumstances.

Qureshi said his country could consider resumption of talks after India stopped “atrocities” in disputed Jammu and Kashmir, and reverse its decision to scrap the region’s long-standing special status in August last year.

India suspended negotiations after killing of 19 Indian soldiers in a brazen militant attack in Indian-administered Kashmir in Sep. 2016, for which New Delhi accused Islamabad. Pakistan denied the charge.

Muslim-majority Kashmir is held by India and Pakistan in parts but claimed by both in full since partition in 1947.

Last week, Islamabad accused New Delhi of attacking UN observers in Pakistan-administered Kashmir and urged the international body to initiate a transparent investigation into the incident.