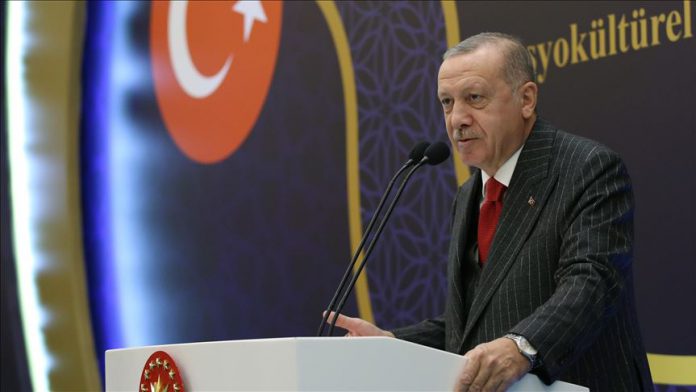 Turkish President Recep Tayyip Erdogan on Thursday stressed that there is no place for sectarian discrimination in Turkey.

“Fault lines among Muslims are further sharpened by highlighting of differences in races, languages, sects, and temperament,” Erdogan told at the sixth Religious Council meeting held by Turkey’s Religious Affairs Directorate in the capital Ankara.

Noting that the Turkish nation never discriminates between the Rashidun Caliphs, referring to the 30-year reign of the first four caliphs following the death of the Prophet Muhammad, Erdogan said that Shiism and Sunnism are reflected as separate religions by some people.

Read more: No place for sectarian discrimination in Turkey: Erdogan

Over 500 arrested during weeklong protests in Senegal