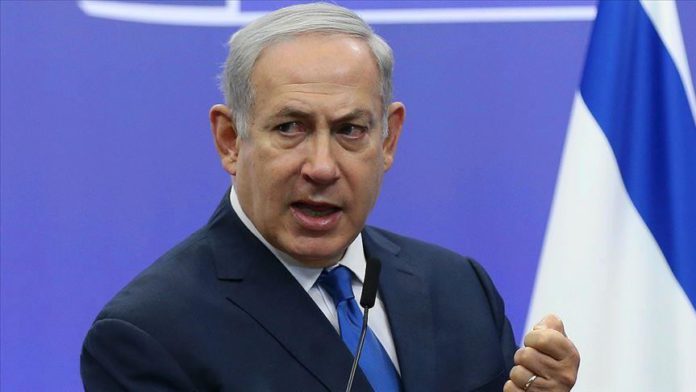 Israel will not approve the establishment of a Palestinian state as part of its annexation plan, Prime Minister Benjamin Netanyahu said Sunday.

According to Israel’s Channel 13 TV, Netanyahu said the annexation plan for the West Bank will be implemented within a few weeks.

“The annexation plan will not include the establishment of a Palestinian state, and the government will definitely not approve it,” Netanyahu said.

He added that the mapping process for the annexation has not been completed yet.

Israel is expected to annex parts of the occupied West Bank under a plan agreed to by Netanyahu and his rival-turned-ally Benny Gantz, the head of the Blue and White party.

The plan comes as part of US President Donald Trump’s so-called “Deal of the Century” which was announced on Jan. 28. It refers to Jerusalem as “Israel’s undivided capital” and recognizes Israeli sovereignty over large parts of the West Bank.