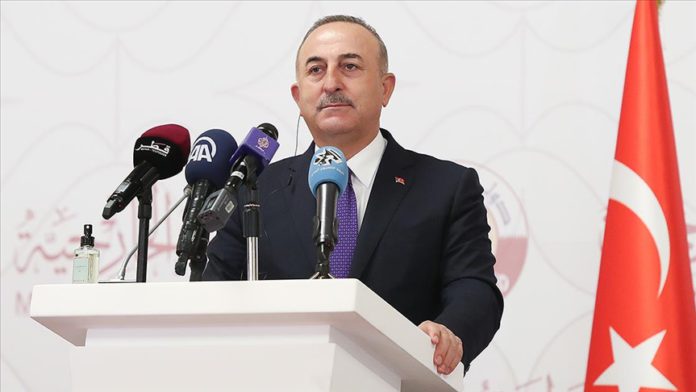 Turkey should not be criticized for buying Russian-made missile defense when its efforts to buy defense and weapons from its NATO allies were rejected, said Turkey’s foreign minister on Thursday.

“When Turkey needed an air defense system, it primarily made an effort to get this system from its NATO allies. Unfortunately, our NATO allies were, citing various different excuses, unable to give an air defense system to Turkey,” Mevlut Cavusoglu told reporters in Qatar, after a meeting with his Russian and Qatari counterparts on Syria.

Telling how the US-made Patriot batteries along Turkey’s southern border with Syria were also withdrawn by different NATO countries, Cavusoglu said this happened at a time when Turkey needed them most.

In this period, agreement was reached over Russia’s offer to sell Turkey its S-400 system, Cavusoglu said, adding that Turkey will need more air defense systems in the future.

“Thus, in such cases, we have to buy defense systems from different sources,” he explained.

Saying that Turkey’s NATO allies were also told about the issue, he added that in the past the allies raised obstacles not only to buying air defense systems, but even purchasing simple weapons, adding that Turkey still faces many of these hurdles today.

In such circumstances, Turkey should not be criticized for meeting its needs from different sources, he said.

“Today, we produce 70% of our defense industry needs in our country. We also produce and export with high quality. But we still need to procure products that we can’t produce in our country one way or another,” Cavusoglu said.

“Turkey, as an independent country, will use this right in the future as well,” he stressed.

In April 2017, when its protracted efforts to buy an air defense system from the US proved futile, Turkey signed a contract with Russia to acquire the state-of-art S-400s.

US officials voiced opposition to their deployment, claiming the S-400s would be incompatible with NATO systems.