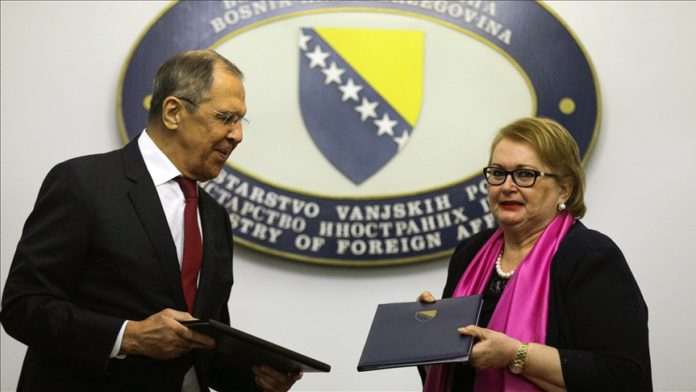 Russia sees no need to revise the 1995 Dayton Peace Agreement that ended the war in Bosnia, especially if such attempts are made from abroad, Foreign Minister Sergey Lavrov said Tuesday.

“We see no need to revise the Dayton Agreement, especially when the relevant initiatives come from outside. As the guarantor state of the Dayton Agreement, we are convinced that the people of Bosnia and Herzegovina are able to independently determine their own destiny in accordance with the constitutional scheme for the distribution of powers and decision-making, including those of a foreign policy nature,” said Lavrov.

The Constitutional Court of Bosnia-Herzegovina was established by the Dayton peace agreement. It consists of two Bosniak, two Serb, two Croat and three foreign judges, and its decisions are legally binding.

The peace accords, initiated at Wright-Patterson US Air Force base near Dayton, Ohio on Nov. 21, 1995, ended a brutal civil war in Bosnia that resulted in around 100,000 deaths over three-and-a-half years.

He added that it is symbolic that the visit is taking place on the 25th anniversary of the Dayton Agreement.

Turkovic said the meeting between the delegations was fruitful and cooperation should be developed in different fields.

She noted that Russia supports the sovereignty and territorial integrity of Bosnia and Herzegovina.

Lavrov, who arrived in Bosnia and Herzegovina on Monday, first traveled to East Sarajevo in Republika Srpska and met with Serbian representatives, where no Bosnia-Herzegovina flag was on display.

Upon this, Sefik Dzaferovic, a Bosniak member of the Presidential Council of Bosnia and Herzegovina, and Zeljko Komsic, a Croat member, refused to meet with Lavrov on Tuesday.

Bosnia is split into two entities: the ethnic Serb-dominated Republika Srpska and the Muslim-Croat Federation of Bosniaks and Croats.