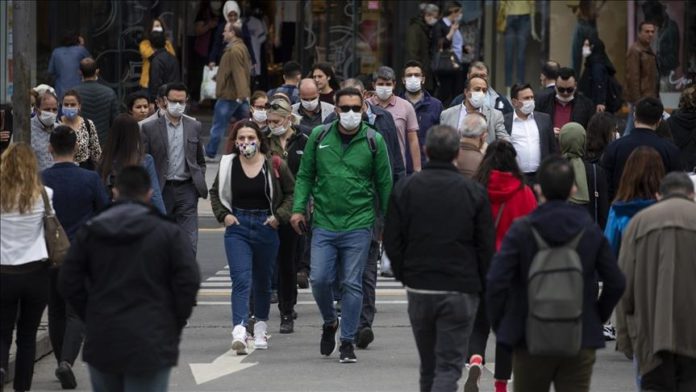 No cases of monkeypox have so far been reported in Turkiye, the country’s Health Ministry said on Sunday.

The disease is known to be endemic to parts of Africa, but a growing outbreak in several European and North American countries has raised concerns that the virus may be spreading around the globe.

Over 100 suspected or confirmed cases have recently been detected in Australia, Belgium, Canada, France, Germany, Israel, Italy, Netherlands, Portugal, Spain, Sweden, Switzerland, the UK and US.

A statement by the Turkish Health Ministry explained that the viral illness is usually self-limiting with symptoms lasting between 14 to 21 days.

Monkeypox is not a new disease. The DNA virus was initially discovered in monkeys in 1958, which is how its name originated.

The first human case was in the Democratic Republic of the Congo in 1970.

Monkeypox is a member of the same family of viruses as smallpox and has symptoms that are very similar but clinically less severe.

West African, the milder of the two, is the one that scientists believe is currently causing infections outside Africa, although that will only be confirmed once the required analyses are done.

Why is it in the news now?

The virus had previously been known to be endemic to 11 countries in Central and West Africa, particularly Nigeria and DR Congo.

While the exact figure remains unknown, it is estimated that there are several hundred cases each year in Africa.

The virus has occasionally found its way to other parts of the globe through infected animals or humans, but the magnitude of the current outbreak is unprecedented.

The highly unusual spread of the virus has scientists baffled, while the World Health Organization (WHO) has said it expects more cases to be reported and is working on further guidance for countries on how to stop the outbreak.

How is it spread?

Contrary to its name, the virus is more commonly found in rodents such as squirrels, rats and mice – all of whom can transmit it to humans.

Transmission can also occur through close contact with infected people or contaminated items such as clothes, towels and sheets.

Human-to-human spread is possible through large respiratory droplets, which can be transmitted during prolonged face-to-face and close contact.

What are the signs and symptoms?

Swollen lymph nodes are a distinctive feature of monkeypox compared to other diseases that could initially appear similar such as smallpox, chickenpox and measles.

The incubation period is on average 6 to 13 days.

Lesions can be concentrated on the face, feet and palms, inside the mouth, genitalia and the eyes.

The rashes, which can be itchy or painful, go through different stages before finally drying up and forming scabs that eventually fall off.

Polymerase chain reaction (PCR) blood tests are unlikely to give conclusive results because the virus remains in the blood for a short duration.

PCR is “the preferred laboratory test given its accuracy and sensitivity,” according to the WHO, with the best diagnostic samples being those from skin lesions.

People who come into contact with animals or individuals with confirmed monkeypox infection should be monitored for symptoms for 21 days.

Can there be asymptomatic infections?

Though not known for certain, it is believed that monkeypox does not cause asymptomatic infections like COVID-19.

How dangerous is it?

Most cases are mild and clear up on their own within 2-4 weeks.

However, severe infections have been seen in immunocompromised individuals and young children.

In recent times, the fatality ratio has been around 3-6%, according to the WHO.

The fatality rate of the Congo Basin strain can be as high as 11%, while the West African one has a much lower ratio of 1%.

Is the smallpox vaccine effective against monkeypox?

According to the WHO, past data from Africa indicates that the smallpox vaccine can be up to 85% effective in preventing monkeypox infections.

However, the smallpox jab has not been administered since 1980, when the world was declared free of the disease, meaning that a large proportion of the global population today is unvaccinated.

There is also no particular medicine to treat monkeypox, but drugs with active ingredients such as cidofovir and brincidofovir have been found to be useful.

Is a new pandemic possible?

A new pandemic remains unlikely due to a number of reasons.

With no asymptomatic cases and very obvious symptoms of the disease, patients are usually isolated before they can infect others.

Another factor is that monkeypox is a DNA virus that does not mutate as rapidly as COVID-19.